Google has released the second developer preview of Wear OS by Google – previously known as Android Wear – that adds support for Actions on Google (AoG) and power-related enhancements among other features.

The release can be run in the Android Emulator, and firmware images have also been made available for Huawei Watch 2 Bluetooth /  Classic Bluetooth. 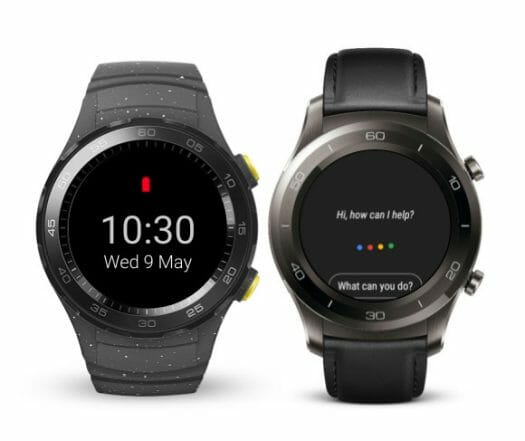 Google Assistant can now support visual cards, follow-on suggestion chips, and text-to-speech on Wear OS, and developers can make use of Actions on Google. The feature does not depend on Android P, and all Wear 2.0 watch will support it.

The Android P developer preview, also includes an enhanced battery saver mode during which the watch shows a power-efficient face, and turns off radios, the touch screen, and tilt to wake. Users can check the time by pressing the side button, and get back to normal mode with a long press.

In a previous release, Google decided to turn off WiFi when Bluetooth disconnected, but they’ve now rolled back this change after developers and users complained about it…

Other changes include Smart Replies for Chinese language, improved app compatibility, and Dark UI system theme. You’ll find the full details on the release page, and if you’re up for a try you can download the emulator or Huawei Watch 2 images, and follow the setup instructions.