Another day, another Gemini Lake mini PC, with CHUWI GBox which has just been listed on GearBest for pre-order for $239.99 plus shipping. [Update: CHUWI GBox is sold for $189.99 on GeekBuying with coupon CHUWIGBOX until 2018/7/11] 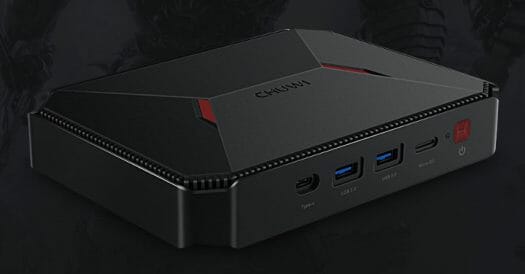 The company shows Windows and Linux as supported operating systems, but in the past claims about Linux support have not always been to be trusted, so this would have to be tested. Nevertheless, the box listed on GearBest ships with Windows 10 Home 64-bit, and the mini PC is said to ship with a power adapter, short (20m) and long (80m) HDMI cables, a “PC holder” (which should be a VESA mount), a remote control (which may be an air mouse according to the manufacturer’s product page), and an English user manual. 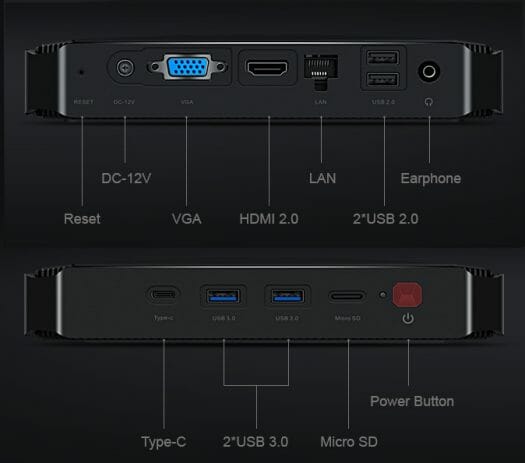 The feature set and ports arrangement look exactly the same as the ones or Beelink S2 mini PC, and very similar to Alfawise T1, except the latter comes with two HDMI ports instead of a VGA and HDMI port. So I strongly suspect all three models are based on the same PCB design from Beelink (aka SHENZHEN AZW TECHNOLOGY). The main changes are the case design, and the addition of a basic 2.4GHz air mouse/remote control. It’s also the first time I see the 64GB storage is actually 32GB eMMC flash + 32GB SSD, which would make sense to comply with Microsoft’s discounted Windows 10 license requirements.

The presale ends on June 3, so I’d except those to ship on June 4 at the earliest.

Interesting, but the price…..

yeah. same problem as the other Gem Lake box, too expensive for the spec, i.e. only 4GB of RAM.