802.11ax WiFi aims to deliver aggregate throughput up to 10 Gbps, and better manage use cases with many users providing with up to 4 times average throughput per user compared to 802.11ac.

We’ve already seen some ASUS 802.11ax routers, but if you ever have to organize an event with hundreds or thousands of users, or setup WiFi in crowded places like airports or train stations, Qualcomm IPQ8078 (datasheet) powered H3C WA6628 802.11ax enterprise router could be an interesting as the company claims its 12 stream channels can serve data to up to 1000 client devices simultaneously. 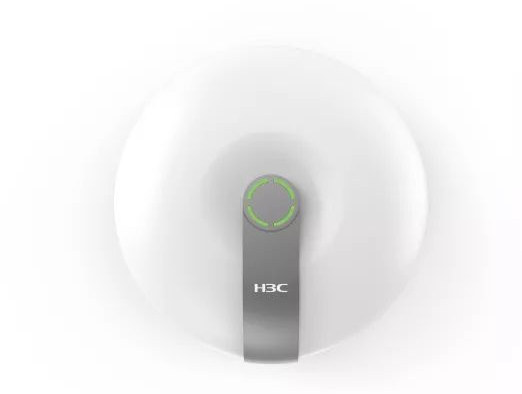 The WA6628 routers comes with a 10G Ethernet port, built-in Bluetooth, and is said to improve wireless network transmission rates by at least three times compared to 802.11ac Wave 2 access points. Some of highlights of Qualcomm IPQ8078 SoC / WA6628 router include:

The 8×8 antenna setup provides up to twice the network capacity when compared to other devices only supporting 4×4 sounding, and the new router also supports the newly announced WPA3 WiFi Security for better security even with not-so-complex passwords.

H3C WA6628 is scheduled to start shipping in September 2018, and is currently demonstrated at Mobile World Congress Shanghai 2018 at H3C booth (#N1 B60). You may also read Qualcomm’s press release or an earlier announcement by H3C in Chinese language for more details.