In the x86 world, the theory is that you can take a single Linux distro image should work on any x86 compatible hardware. But for Atom-class processors however,  including Bay Trail, Cherry Trail, Apollo Lake and Gemini Lake it has not always been the case, especially with features like audio output, Bluetooth, touchpad, and others. That’s why for example, Linuxium (Ian Morrison) decided to write isorepin.sh script in order to respin Ubuntu ISO images for such platforms and fix various issues.

However, it appears Canonical and Intel have decided to take matters into their own hand, and have now released Ubuntu 16.04 LTS certified for Intel NUC mini PCs, kits, and boards for IoT deployment. 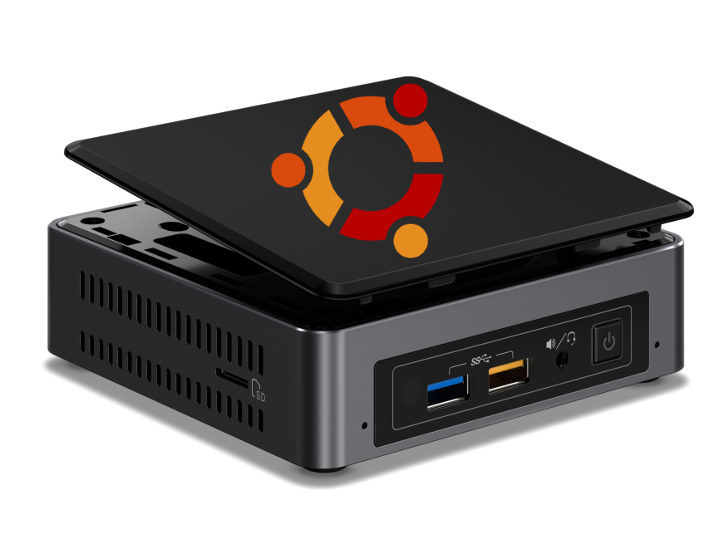 Canonical made available both Ubuntu Desktop and Ubuntu Core images. Most supported devices are based on Intel 7th generation Intel Core processors:

But the other three supported are low power Gemini Lake based June Canyon NUCs:

There are two different links for the desktop image, once for 7th generation Dawson NUCs, and one for June Canyon NUCs, but somehow they point to the same “pc-dawson-xenial-amd64-m4-20180507-32.iso”file. So there may be a mistake, and the June Canyon link will soon be corrected.

If you use the certified images on any of those mini PCs or kits, you should expect everything to work out of the box which will ease the development process together with snap support.

Other benefits listed in the announcement include “easier field management”and that the NUC + Ubuntu solution is ideal for powering smart displays in applications such as intelligent vending, digital kiosks or digital signage. There’s no actual mention of what was improved / fixed in the certified images. So I’d assume the Ubuntu certification is mostly for peace-of-mind, and the companies must have tested Ubuntu 16.04 on the hardware in details.