Xiaomi has unveiled a new WiFi router at CES 2017. Mi Router HD is an AC2600 WiFi router that’s also use as a personal NAS with a “surveillance-class” hard drive with up to 8TB capacity. 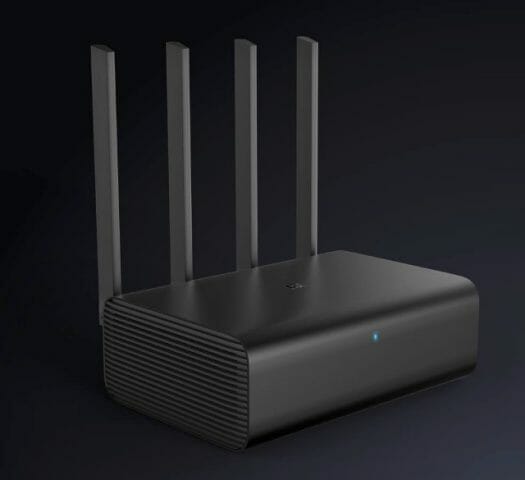 In other news, the company also introduced an ultra thin “4.9mm” TV, which will be much more difficult to get out of China due to shipping and other logistical issues…

I am not a NAS owner but those prices will seem high to UK owner of NAS. Just under £162 gbp for 1TB ?

Ha! At first I read (4 ) as “Built-in surveillance” and thought wow they’re being very upfront about it now 🙂

Interesting device. Although with just 1 HDD option there is a big risk of losing data if backup isn’t set up.
Anyway, if one can buy the cheapest device and change the HDD afterwards would be good. Even better without paying for that 1TB at all.
Who knows if community members hack this device with some FOSS software 🙂

@Demetris
While the names are pretty similar, IPQ8064 should be quite different from APQ8064 used in phones.

It’s on GearBest without any drive for $126 -> http://www.gearbest.com/wireless-routers/pp_605932.html
They call it “Original Xiaomi Mi R3P 2600Mbps Wireless Router Pro”