MediaTek started  their Helio processor portfolio with X-series processors such as Helio X20 in 2015, with X standing for eXtreme performance. Since then the company has mostly stopped aimed at the top of the market, and launched P-Series (Premium)  the next year with Helio P20 processor among others, which do not quite offer the same level performance, and can be found in smartphones that are sometimes referred to as mid-range premium mobile devices.

The company has now launched another Helio family of processor with Helio A-Series, with A standing for “Advanced” but it could also be read as “Affordable” since the new series targets the mid-range market. 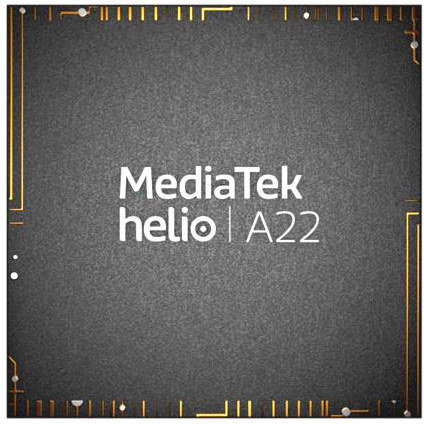 The first member of the family is Helio A22 system-on-chip (SoC) with the following key features and specifications:

MediaTek explains the new processor includes connectivity upgrades from the previous generation such multi-GNSS options with GPS, Glonass, Beidou, Galileo support, 57% improvement in Hot TTFF, 10% accuracy improvement and up to 24% lower power operation. Any improvement related to GNSS is welcomes as in my limited personal experience, I’ve found MediaTek processors to be lacking in that regards compared to Qualcomm processors. Other improvements include Bluetooth 5 connectivity, and the company claims Bluetooth and Wi-Fi 802.11ac simultaneous co-existence can provide up to 5X Wi-Fi throughput boost over the previous generation.

Mediatek Helio A-Series processors are now  in production now, and and Helio A22 can be found in Xiaomi Redmi 6A just launched in in China for 599元 and up (~$90). You may find a few more details on the processor’s product page.

No mention of the GPU model?

It’s PowerVR GE8320 GPU. No info on the product page, but Mediatek appears to have provided that info to media outlets.

At first glance GE8320 appears to be approx ~.5 the compute performance of the GX6250 in the MT8173, so this chip is definitely not targeted at proper tablets. Perhaps at phablets?