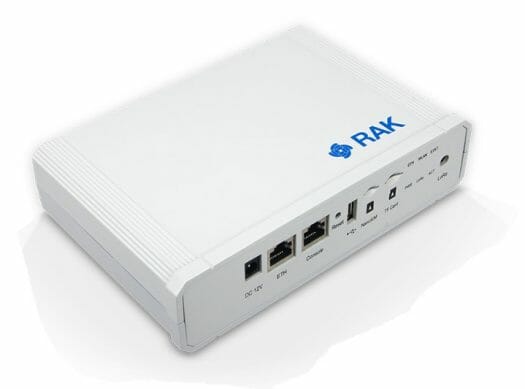 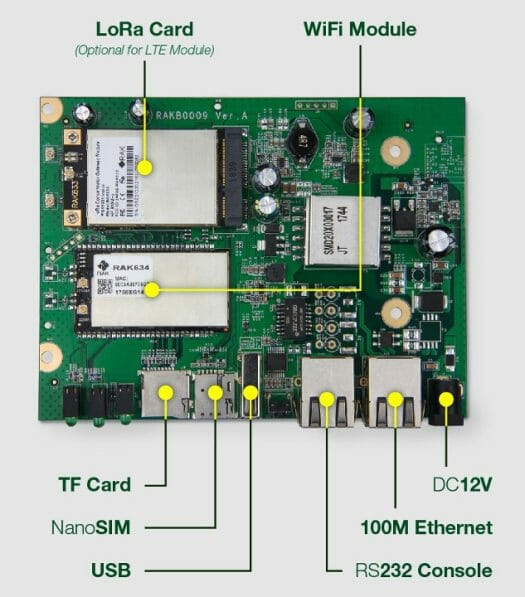 The gateway is meant to be mounted to ceilings or walls. The software has a built-in LoRa packet forwarder, and a web based graphical user interface allows configuration of network environment, firewall, TTN and Cayenne configuration, and various other parameters. More details about the hardware and software can be found in the documentation page.

RAK Wirelesss RAK7258 gateway is now sold for $149 including shipping and the package also includes a power adapter, a LoRa antenna, two screw anchors and two tapping screws for mounting.

In the article you say: “Cellular – Extended NB-IoT, Cat M, LTE 4G, supported by default; nano SIM card slot” But when one look at the specs for this gateway on Aliexpress there is no mention of cellular. The only hint is a nanoSim slot. Looking at the photos of the PCB there is also not cellular module on the board. My assumption is therefore that this gateway does not have cellular and that the sim card slot is only there for future upgrade. Perhaps the idea is that one can swap the LoRa PCIe card out for a cellular… Read more »