WiFi 6 (aka 802.11ax) can deliver up to 10 Gbps in theory, and provides better handling of high density scenario in train stations, conferences, etc… We’ve seen it implemented in some routers and smartphones, but most laptops don’t support the new WiFi standard, so in order to solve this little issue, Intel has now launched AX200 M.2 WiFi 6 card in the M.2 2230 and M.2 1216 form-factors. 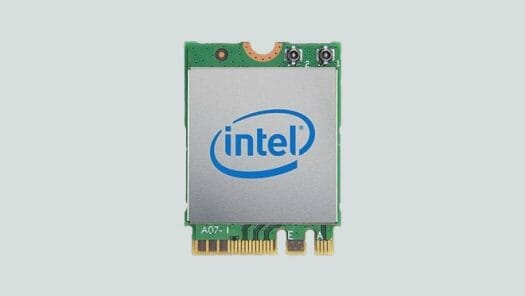 Drivers are/will be available for Windows 10 64-bit, Google Chrome OS, and Linux via the “IWLWIFI” driver. Pricing for the cards is said to be $10 and $17, but I could not find it listed anywhere just yet. A few more details may be found in Intel Ark.

Note that this is a PCIe 3.0 part, which means it might not give you full performance in combination with older hardware. The USB part is only for Bluetooth.

As it doesn’t come in a mini-PCI-E version, the amount of ‘older hardware’ you can even put it in is limited.

Well, plenty of ARM based hardware that supports M.2, maybe not so many with PCIe, but even so, very few of those would have PCIe 3.0 support.

While thinking about the possible limitations of a PCIe Gen2 interconnection with a card limited to 2.4Gbps I came accross an Anandtech article mentioning the ‘combined PCIe 3.0 x1 (Wi-Fi) and USB 2.0 (Bluetooth) connection’ but more importantly that it’s CNVi and as such not suitable for ‘normal’ M.2 slots anyway?

That makes is pretty much useless, then. Bummer. Thanks for the spot, Thomas.

There are two parts AX200 and AX201 one is CNVi and the other is regular PCIe.