Last year, Seeed Studio introduced Air602 WiFi module, a competitor to ESP8266 based on Winner Micro W600 Arm Cortex-M3 microcontroller and selling for $1.90. The module was clearly optimized for cost and size since it offered only a few I/Os, and there was absolutely no mention about FCC or CE certifications.

The company has now launched another W600 module, slightly larger to expose more I/Os, and pre-certified to comply with FCC and CE requirements. W600 certified WiFi module is offered standalone, or fitted to “Grove – W600” module for easy connection to Arduino boards. 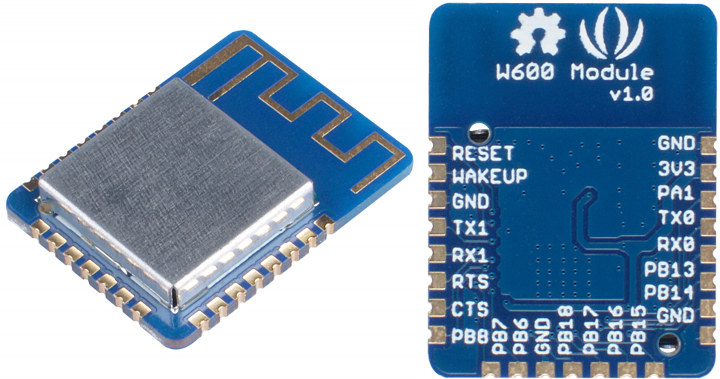 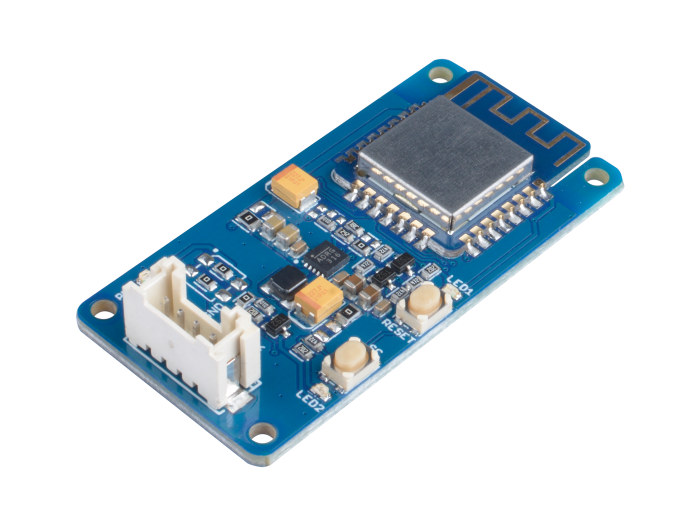 W600 module runs FreeRTOS and can be controlled by an “AT+ instruction protocol based on ASCII encoding” through its UART interface. But the company is also working on Arduino support for Q2 2019, and MicroPython support is scheduled to follow in Q3 2019.  The company also mentioned an Android/IOS app that supports One Shot Activity function to connect and disconnect the WiFi network by pressing a single button.

The only documentation linked in the product page points to an Arduino board files in Github. Grove – W600 board will eventually work as a standalone Arm Cortex-M3 board but the SDK does not support I2S/I2C/SPI/GPIO pins as those are currently controlled through the AT+ command set.

Looks like an interesting device to follow. Seems like it should run only by connecting power lines, without having to deal with the many absurd signals on ESP8266. The way the multiplexing is done seems to allow a large enough choice (e.g; if you need the 2nd UART and I2C you can still remap I2C on other pins). But it will need to support a fully programmable framework like on ESPs or Arduinos in order to take off. The idle power usage and ability to periodically wake up will also be an important factor for battery-powered devices.

The RDA5981 is also making a comeback and now comes with ARM MBED support. Cortex M4, PSRAM support and also USB peripheral at the same price or actually less.

Will this be MBED frendley ?