One of the first Amlogic S922X TV box to show up in our news feed was Beelink GT1-K “King” with 4GB LPDDR4, 64GB eMMC flash, and all interfaces and features you’d expect from a higher end TV box including 4K HDR, HDMI 2.1 output, Gigabit Ethernet, USB 3.0 and so on.

The Android 9.0 TV was only unveiled at the time, and we had yet to know about pricing. The media player has now started to sell on Aliexpress under the VORKE brand for $114 including shipping. 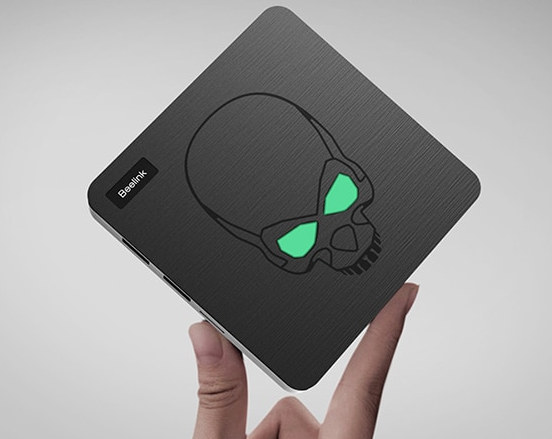 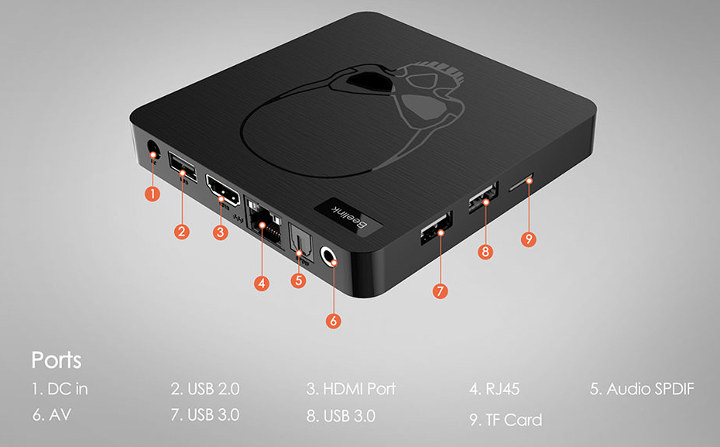 The TV box runs Android 9.0 operating system, and ships with a power adapter, an HDMI cable, a 2.4GHz voice remote control, and a user manual.

VORKE is normally a GeekBuying brand, but the box is not yet listed on the website, and only on “VORKE Official Store” on Aliexpress for now. At the time of writing, VORKE GT-KING is the only Amlogic S922X TV box listed on Aliexpress. The only other S922X hardware that’s available right now is ODROID-N2 single board computer. 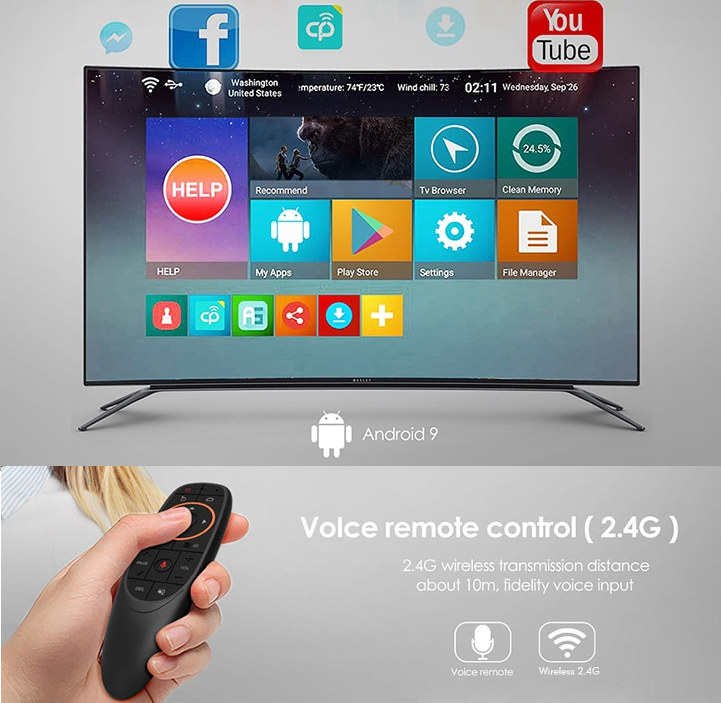 Thanks to Adrian for the tip.

But does it support Netflix?

Netflix drag their feet and only authorize a few brands. Amlogic have concentrated on Google certified

Well they as normal on Aliexpress confuse customers by posting mixed up specifications. On part mentions Mali-G52 MP4 the next it is a Mali-G52 MP6. Do they ever employ proof readers, instead of cut and past marketing people?

Well Beelink have been giving away samples to reviewers and promoters, so should see positive, motivated reviews online soon.

when i was interested in this mali G52 gpu characteristics, i understood that its cores could be configured with either 2 or 3 execution engines
it seems S922 uses 2 cores with 3 EE so this makes 6 execution engines

i don’t know if there’s an official naming convention with bifrost mali gpu, but amlogic decided to call this MP6 while i wonder if this should be called MP2 instead

i think the MP4 confusion comes from another amlogic SoC, the A311D (quite similar with S922X), which should be 2 cores / 2 EE per core

> i think the MP4 confusion comes from another amlogic SoC

I’d be happy if it can be Cast to reliably… I don’t bother with Netflix! Should be good for emulators though.

Wonder what situations Dolby Vision will work. Will CNX be get getting one for testing?

Dolby Vision From a UHD rip including Atmos would be great!

I won’t be getting one myself, but Karl should receive one.

Dolby Vision requires a license which I doubt this device will have.
Kodi also doesn’t support Dolby Vision, not even LibreELEC.
Only Netflix and a few other apps support it but then you need a Google and Netflix Certified AndroidTV device for it to work. Kodi is also is in the process to drop all Amlogic hacks, so doubt passthrough audio will work unless there is a future ota update that uses the standard Android Audio API’s – https://github.com/xbmc/xbmc/pull/16043

They will find a way for some hacks :).But about Amlogic- on Amlogic s905x2 don’t work deinterlacing -they remove some codec from SDK why they do that? maybe someone know more about missing codec?I think on new s922 is same situation is not rdy for end users I hope they will fix that codec issues….in future