There are plenty of small touch screen displays for Raspberry Pi board, including the official 7″ display that connects to the board’s MIPI DSI connector.  Some people may prefer getting a small HDMI display however, as it can be used with most devices with an HDMI input port, and the touch screen function may be achieved over USB, I2C or SPI depending on the design.

Elecrow has just launched a new 5″ HDMI display with resistive touch screen designed for the Raspberry Pi boards, and whose main feature is to support backlight control over GPIO 11 in order to lower power consumption according to the announcement tweet from the company. 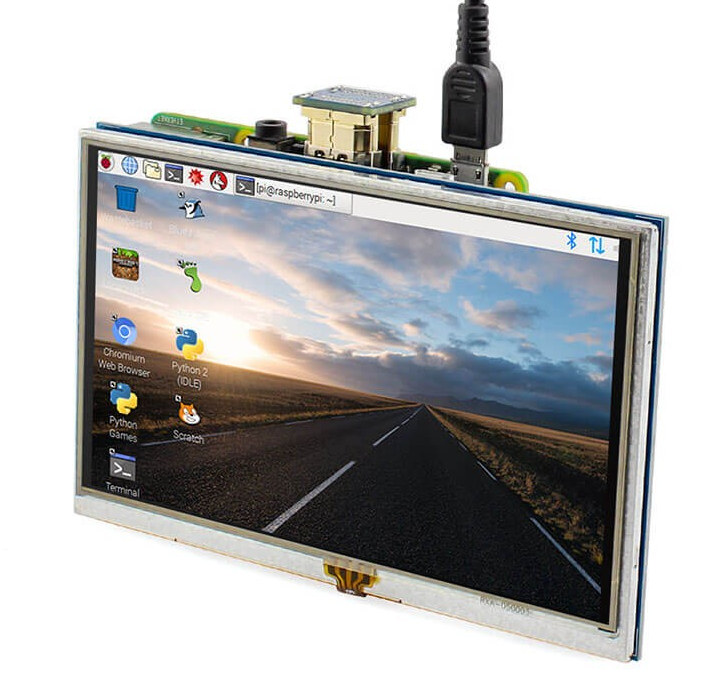 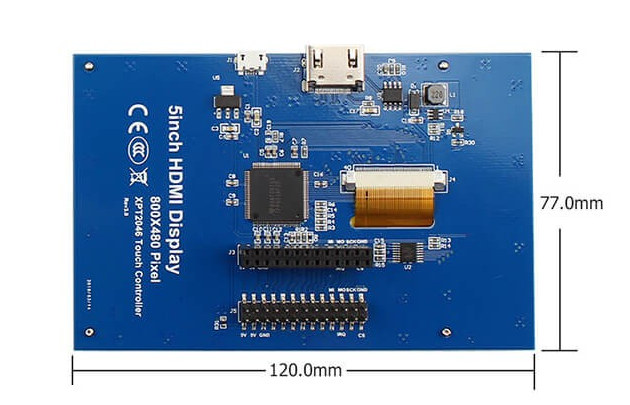 The resistive touch and backlight control functions will only work with a Raspberry Pi model B, 2B, 3B, or 3B+, and potentially Raspberry Pi compatible boards such as Tinker Board or Rock64, but you’d need to carefully check the pins used on the RPI header and potentially modify the software.

Some documentation is available in a wiki. But it’s not very good. It’s unclear how the automatic backlight function works, as in when does the Raspberry Pi decides to turn off the backlight. The Wiki also reads “the backlight can be controlled by a raspberry pi pin, input a high level to pin 11, the backlight will turn on, otherwise, it will be off”,[Update: I got an answer on Twitter and the backlight is controlled by a MOSFET to run it on and off only, no brightness control]. The company did not bother providing power consumption numbers either, so we don’t know how much power is safe by turning off the backlight for example. 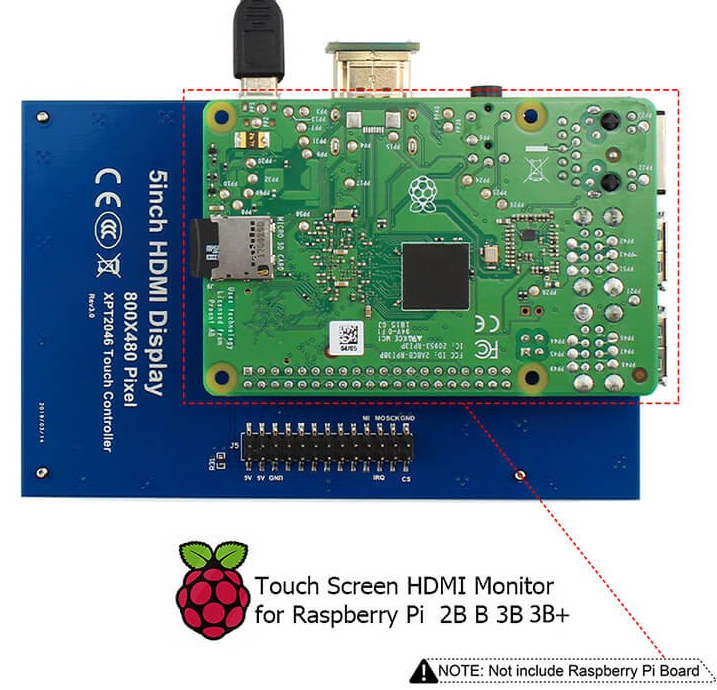 The display can be used with mini PCs too, simply connect an HDMI cable, and add a USB power supply for power. The touch screen function will not work in that case.

This 5″ HDMI touch screen display can be purchased directly on Elecrow store for $39.90 plus shipping.

Recently bought a 7″ 1024×600 monitor with resistive touchscreen, HDMI, VGA and RCA input and a real housing with a stand for a very similar price. The housing is large enough to fit stripped Orange Pi Lite inside, and the USB touch chipset has Linux support. The driver board works even with 5V and has both TTL and LVDS support for various tablet LCDs available for cheap.

Here: https://www.aliexpress.com/item/SRJTEK-7-HD-LCD-1024-600-Mini-Computer-TV-Display-Capacitive-Touch-Screen-HDMI-LCD-Monitor/32961141930.html
There are no speakers as the description suggests. If you need better viewing angles and higher brightness, there is a 7″ 1280×800 LVDS IPS panel which fits – HannStar HSD070PWW1-C00. If you don’t need speakers/touchscreen/housing there are other offerings as well (with various LCD sizes).

Pretty sweet display. The only problem is that the chinese “pirate” RPi boards may not be 100% compatible. Raspberry has a long history of providing decent 1080p HDMI image with CEC. From what one can gather from the SBC news, for instance Allwinner Video & 3D support has landed the mainline only very recently. Odroid C1/C1+ has also had a lousy track record.

How is 4K on the Raspberry Tart and does the RPI Tart SBC have a 2GB DDR3 option?