Espressif ESP32 WiFi & Bluetooth processor is pretty versatile, and you could connect any ESP32 board to any cloud services with some efforts. But to make things even easier Espressif Systems worked with Microsoft and Google to release versions of ESP32 boards specifically designed to connect to Microsoft Azure IoT or Google Cloud IoT core. Meet ESP32-Azure IoT Kit and ESP32-DevKitC Google Cloud IoT.

ESP32-Azure IoT Kit comes with out of the box Microsoft Azure IoT connectivity, and “enable smart network configuration, cloud platform access and sensor data acquisition”. The product page has some hardware documentation, but currently very little information about software. I can only assume it come preloaded with firmware built from ESP Azure IoT SDK available on Github.

ESP32-Azure IoT kit can be purchased on Mouser for $35. 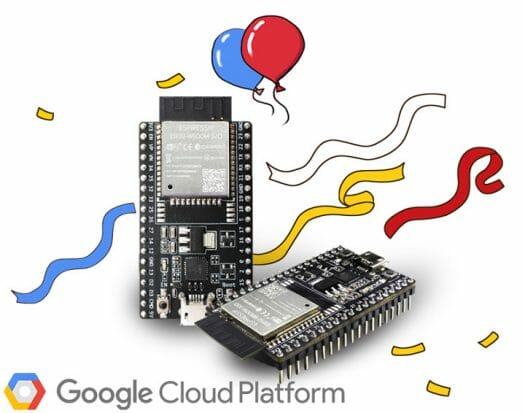 While AFAIK ESP32-Azure IoT Kit is a complete new board, ESP32-DevKitC GoogleCloud IoT relies on the time-tested ESP32-DevKitC released a couple of years ago, and qualified for Amazon AWS.