Onion has launched several compact OpenWrt WiFi boards for IoT projects over the years starting with their Onion Omega board in 2015, and the latest so far being Onion Omega2 Pro with a massive 8GB storage. 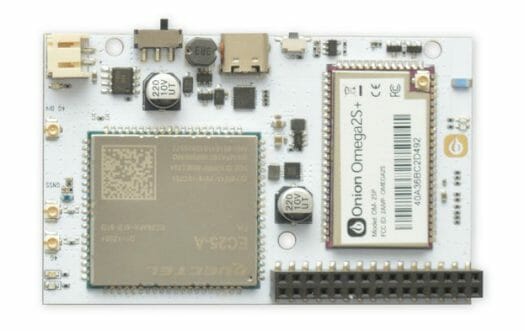 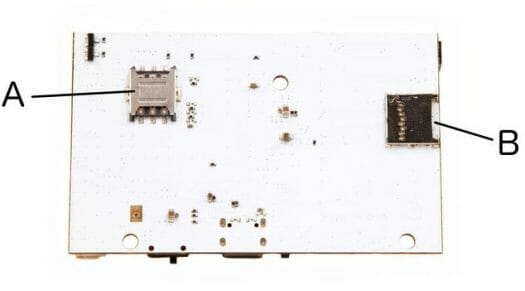 The board runs an operating system based on OpenWrt 18.06 and Linux kernel 4.14. OnionOS is pre-loaded in the flash and enables you to get started in a few minutes via a web-based setup wizard. You can then develop your project using your favorite programming language be it Python, GoLang, Node.JS, PHP, C, C++, and others. The board is also compatible with Omega2 extension boards adding NFC/RFID, ADC, an OLED display, a servo, Ethernet, or prototyping area to your projects. You’ll find extensive documentation and community support in the forum.

Onion Omega2 LTE can be used for real-time asset tracking, remote sensor applications either as a gateway and end-node, as an LTE hotspot sharing the internet connection over WiFi.

The company is looking to raise at least $10,000 via Crowd Supply. Rewards start at $99 for Onion Omega2 LTE board, but most people will likely want to go with the $129 Omega2 LTE Essential Collection which includes necessary 3-in-1 flex antenna for WiFi, LTE, and GNSS, as well as an Ethernet and ADC expansion boards. Shipping is free to the US, and adds $5 to $15 to the rest of the world depending on the select reward. Backers can expect their kit to be shipped in August if the company execute their plan as scheduled.

The funny part is that the EC25 is probably more powerful than the Omega it is slaved to, and is also running Linux under the hood!

I would believe OpenWRT is the only way to run this chip based on this impressive vulnerability list: https://www.saucs.com/cve?vendor=qualcomm&page=3&product=mdm9607_firmware

Given all the budget sub $75 old phone SoC around, it is surprising venders are not repurposing those older designs

This module EC25 support Linux applications inside the module
https://www.youtube.com/watch?v=YgKAmD0tVig