Intel officially launched the 10th Generation Comet Lake processor family at the end of September with a choice of Core i3, i5, and i7 processors with 15W TDP (Comet Lake-U) or 4.5~5.5W TDP (Comet Lake-Y) which we’ve so far found in some laptops including some running Linux, and Windows mini laptops among other devices.

Intel has now quietly added two new SKU’s to their 15W Comet Lake-U with respectively Intel Celeron 5205U dual-core processor and Pentium Gold 6405U dual-core/quad-thread processor which will come at a lower price than their Core i3/i5/i7 siblings. 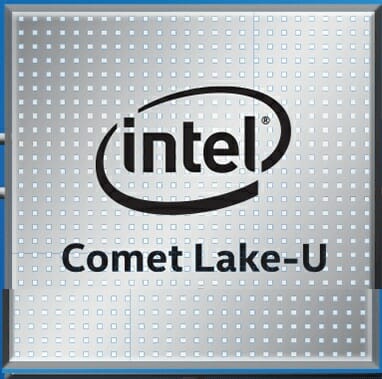 We’ll find the two new processors at the top of the comparison table below together with previously launched Comet Lake-U processors.

The new processors come with less L2 cache (2MB), do not support frequency boost, nor LPDDR4x memory. You can find a side-by-side comparison of the new parts on Intel’s website. Both are basically identical except for hyperthreading support in the Pentium model, and higher CPU & GPU frequency.

Pricing on Intel Ark’s website does not always reflect reality, but as an indication, Intel Core i3-10110U recommended price is $281, while the Pentium Gold 6405U processor goes for $161, and the Celeron 5205U costs $107 when purchased in 1000-units quantities.

Via Liliputing and AnandTech

All of them being still produced with the 14nm process according to Ark. But we’re told that 10nm is ramping up.

Anything produced in 14nm can’t be energy efficient in 2019 anymore. 2c/2t with a 15w TDP is like a joke. Intel is really lucky AMD does not focus on ulp cpu, or they would be in real trouble.

Quite surprising indeed. 50% more energy for half the cores at 67% of the frequency at same process looks odd. Or these cores need to be way better.

> do not support frequency boost

On which is this claim based?

There’s no boost frequency listed. Usually, that means it’s not supported, only base frequency is used.

I guess the burst database records are (yet) missing and as such not displayed by Intel’s database frontend and I also guess that these new SKUs are just salvaged Comet Lake chips that are normally sold as Core i things. Would be really surprising if there are no 3.x GHz burst frequencies allowed since this would totally ruin single threaded performance which is crucial for the use cases these processors are advertised for.