We are seeing more and more RISC-V microcontrollers and processors hitting the market, but so far they all lacked a GPU for 3D graphics acceleration.

Think Silicon, the make of NEMA GPU for IoT and wearables, has now announced it will demonstrate NEOX|V GPU, the first RISC-V ISA based 3D, at the RISC-V Summit at the San Jose Convention Center, on December 10-12, in San Jose, California. 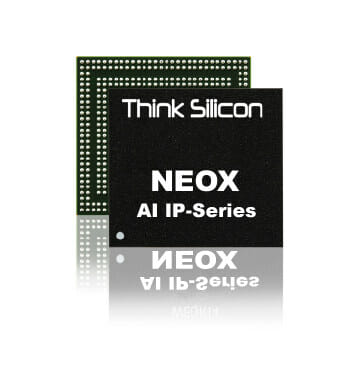 There’s no product page at this stage, but more details should eventually show up on Think Silicon website.

Is it same idea like what Broadcom use in their GPUs ? in raspberry pi for example?
I think it is also some RISC arch

Which frameworks for AI/DL/GPGPU will it support?

Thie RISC-V graphic ISA was first introduced by Dr Atif Zafar during SIGGRAPH 2019 in July! You can find it on its website (Pixilica). It is an open source ISA and CNXSoft implemented this ISA without actually contributing to the open source project…