So far you had to spend over $200 to get either Toybrick RK3399Pro board or 96Boards RK3399Pro development kit to get started with the processor. Some other companies announced their own RK3399Pro SBC such as Pine64  RockPro64-AI, or Khadas Edge board, but those are not available yet. 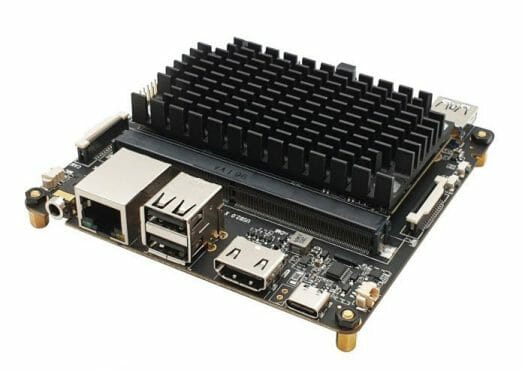 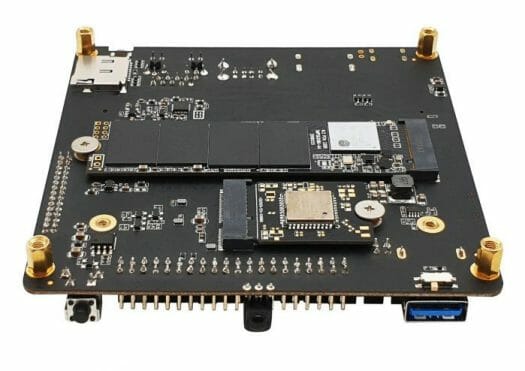 Competitors to Rock Pi N10 include NVIDIA Jetson Nano ($99) and Orange Pi 4B ($70) all of which are capable of hardware AI acceleration, and we previously reported that RK3399Pro board was slightly faster than Jetson Nano when using MobileNetV2 model. Orange Pi 4B is the cheapest of the lot, but some people have had issues getting access to Gyrfalcon SDK and even forums…

Using M.2 key E for WiFi/BT only carrying SDIO/UART signals seems like a smart idea. But I wonder how many M.2 cards are using this today?

You’d be surprised, but there are more of those than you’d think.

The answer is none. The existing M.2 wifi module(E key) on the market is PCIe mostly. We make the wifi module because we can provide different wireless choice for the users, such as the WIFI 6 module requested by some users.

None? I guess you didn’t try hard then. Worth the asking price is a different matter.
https://www.embeddedartists.com/m2/
https://techship.com/products/azurewave-aw-cm389ma/
https://www.lairdconnect.com/wireless-modules/wi-fi-bt-modules/60-2230c-wifi-module
http://www.wi2wi.com/wireless-connectivity/maximum-performance-series/multi-protocol-combo/wm828cc6
I mean, you can even pick one up on Amazon…
https://www.amazon.com/Azurewave-AW-NB136NF-Bluetooth-Broadcom-BCM43142/dp/B00MHYQFE2

Thanks for all the links. We will buy some and test the compatibilities.

I like ROCK PI N10 and would order two right now, but there is no case. Will you provide case for this board in the future?

The ROCK Pi N series follows exactly the Intel NUC form factor(4 inch). We will provide the universal case for the whole N series with replaceable front and rear panel.

> We will provide the universal case for the whole N series with replaceable front and rear panel.

Does anyone really use those AI accelerators for something beyond samples in documentation? I’d like to read about using SBC with some funky AI.

Not using AI accelerator, but an example of GPU accelerated image classification that could be used for sorting:
https://www.cnx-software.com/2019/02/05/adding-machine-learning-image-processing-embedded-product/

I have a client that uses it for various advertising/digital signage related implementations. Nothing funky, mostly boring to be honest, as they just count stuff with it…