Linus Torvalds has just announced the release of Linux 5.4:

Not a lot happened this last week, which is just how I like it. And as expected, most of the pull requests I got were for the 5.5 merge window, which I’ll obviously start working through tomorrow.

What little there is here is mostly some networking updates (mix of network drivers and core networking), and some minor GPU driver updates. Other than that it’s a small collection of random other things all over. The appended shortlog is small enough that you might as well just scroll through it.

Anyway, this obviously opens the merge window for 5.5. It’s not ideal timing with Thanksgiving week coming up, but it hopefully shouldn’t be too much of an issue. If I fall behind (not because I’m all that big
of a fan of the indiscriminate and relentless turkey-killing holiday) it’s because we’ve got all three kids back for the holiday, and I might push some ot the merging to the second week as a result. We’ll see what happens.

Go do the testing thing. 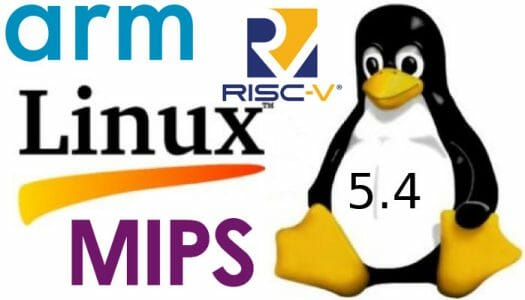 Some interesting new features of Linux 5.4 include:

A more detailed, albeit not exhaustive, list of changes for Arm architecture in Linux 5.4:

Finally, a summary of changes made to RISC-V architecture:

The changes for the ingenic socs might make some of those cheap gameboy shaped emulator units useful.

Which changes are you referring to? There are already multiple Nintendo emulators. Some use RPi zero, some Allwinner stuff.

The really cheap ones <$10 that only play NES/FC games use a NES clone in a blob. The next step up that are in the ~$30 and have NES/FC, MegaDrive, SNES/SFC emulators seem to usually based on an Ingenic MIPS SoC. I've yet to see any finished products (i.e. not kits) based on any of the RPI stuff or Allwinner.