The company found out that most of their customers used their boards for asset tracking despite many off-the-shelf products already available, and the main reason was the ability to customize the solution. To help their customers, the company has now launched the Particle Tracking System combining a software suite with LTE IoT system-on-module and Tracker One reference product to ease the development and deployment of customized asset tracking solutions. 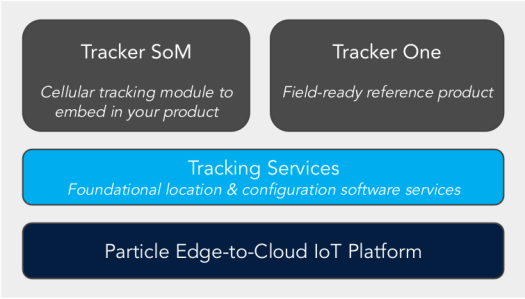 The photo above shows a Quectel EG91-EX LTE Cat 1 module optimized specially for M2M and IoT applications, as well as a U-blox NEO-M8U GNSS module with support for dead reckoning meaning it can calculate/estimate the current position by using a previously determined position and data from its built-in 3D sensor. For instance, if a truck enters a long tunnel, the module should still be able to provide a fairly accurate position.

Key features of the Tracker SoM:

The Tracker SoM will become available in June 2020 at a price yet to be announced. 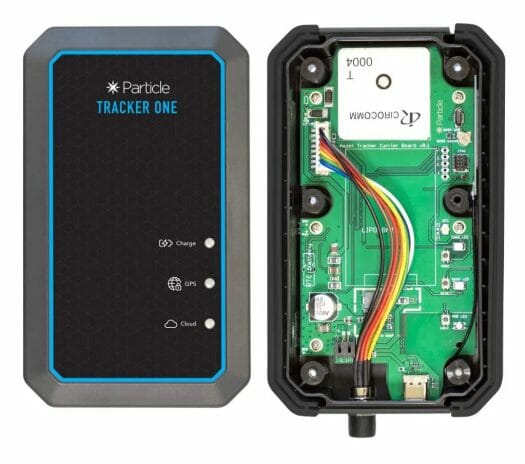 Tracker One reference product packs the Tracker SoM with baseboard, battery and antennas into an IP67 enclosure, and works out of the box with Particle Tracking Services. Tracker One is said to be fully certified, with no additional development on the behalf of users required making it a turnkey solution, that’s still customizable

We’ll need to wait a little long for Tracker One as it’s expected to launch in July 2020 at a price to be determined. You’ll find a few more details about Particle Asset Tracking on the product page. The company also just launched the unrelated B523 SoM  LTE Cat 1/2G/3G module for the European market for $69.