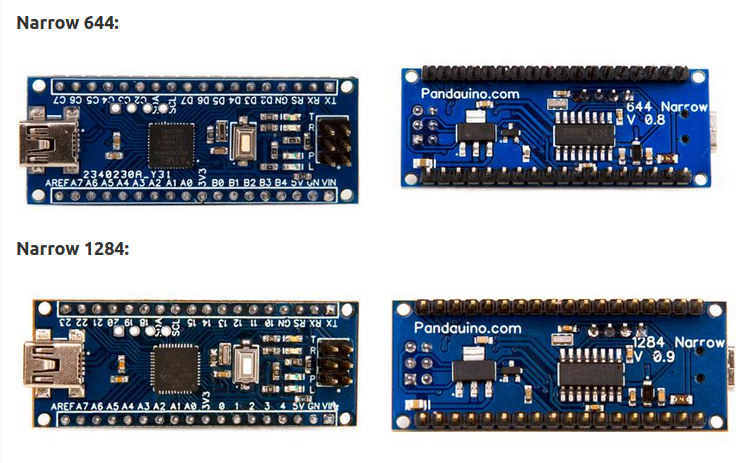 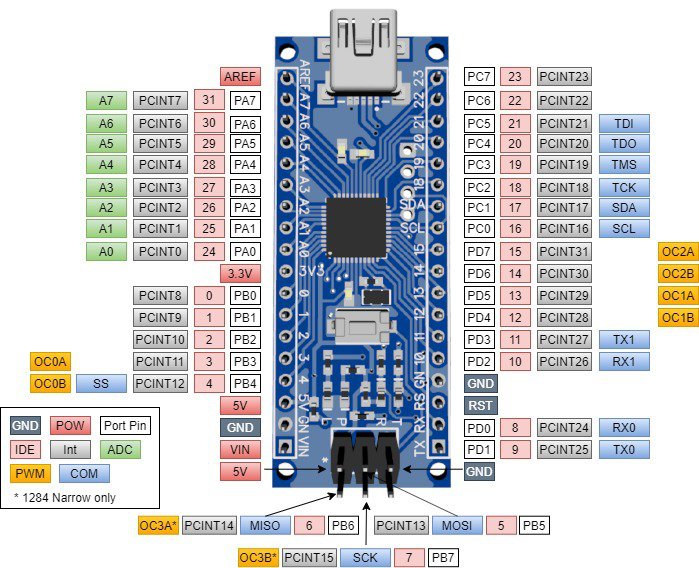 The developer has yet to release resources for the board, but schematics,
programming examples and a user’s manual should be available on a GitHub repository as the campaign progresses.

A comparison between Arduino Nano, Mega2560, and the Arduino Narrow boards has also been provided. 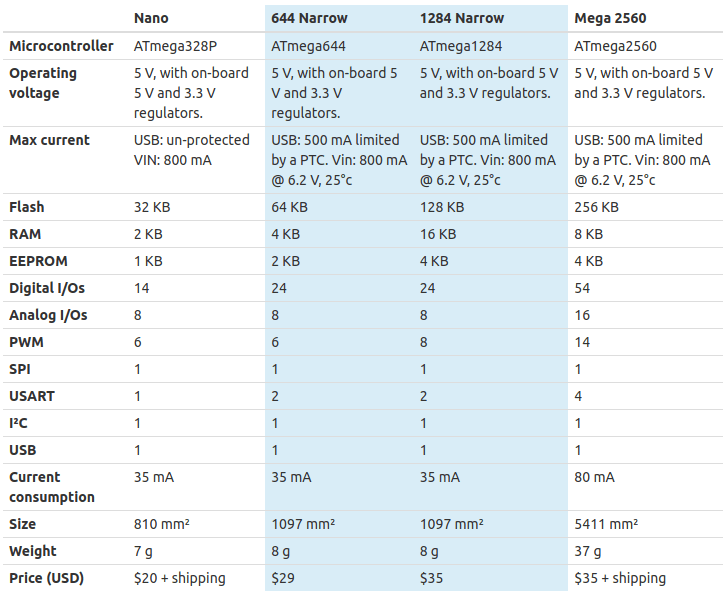 Basically, it looks interesting for projects that need similar features as Arduino Mega 2560 board but in a much smaller form factor, and where Arduino Nano does not quite have enough memory, flash, and/or I/Os to meet your requirements.

Pandauino 644/1284 Narrow has launched on Crowd Supply with a $1,500 goal. Pandauino 644 Narrow is offered for $29, while the 1284 Narrow board requires a $35 pledge. You could also add $6 to your pledge for an optional 0.49″ OLED display. Shipping is included to the US but adds $8 to the rest of the world. Since the project is designed in France, manufactured in the US, and will have low volume production, it’s quite more expensive than Arduino clones coming out of China. More details may eventually be found on the product page.

About time this happened, given the popularity of the STM32 based Blue Pill boards. we just have to wait until we start seeing cheaper clones on AliExpress.