Orange Pi 4 and Orange Pi 4B, the latter further adding a Gyrfalcon 2801S AI accelerator chip, were launched in late 2019 for as little as $50 with 4GB RAM making those some of the most affordable Rockchip RK3399 SBC’s on the market.

Since then, Shenzhen Xunlong Software launched some extra accessories for the board including a PCIe expansion board with a mini PCIe socket, and a SIM card slot, and very recently a Rockchip RM310 4G LTE modem to go along. The latest addition is a metal enclosure made of aluminum alloy and suitable for either version of the board.

The enclosure is fairly compact with fins on top for cooling and openings for the 40-pin GPIO header and PCIe connector. Talking about PCIe, it would have been nice if they also make a case capable of taking their PCIe adapter board, but that would be for another time.

I’ve seen several metal cases for Raspberry Pi boards, and most of the time, they have extrusions – serving as heatsinks – for the processor and other chip that need cooling, but the company went with another design decision for Orange Pi 4 metal enclosure by using thick thermal pads to cover Rockchip RK3399 hexa-core processor and the 4GB LPDDR4 RAM chip. A clear advantage is that if the processor package changes, a new case does not need to be designed. 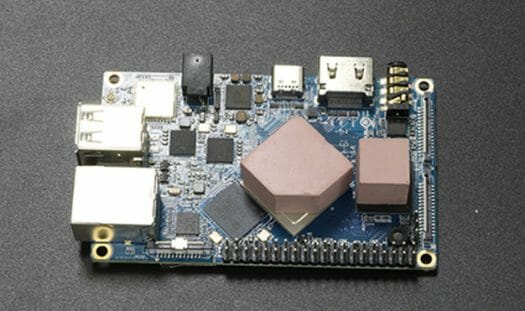 Orange Pi 4 metal enclosure is now up for sale for $9.49 plus shipping on Aliexpress. If you’d like an external WiFi antenna as shown in the first photo, a kit is offered for $9.99 with extra u.FL to SMA cable and external antenna. 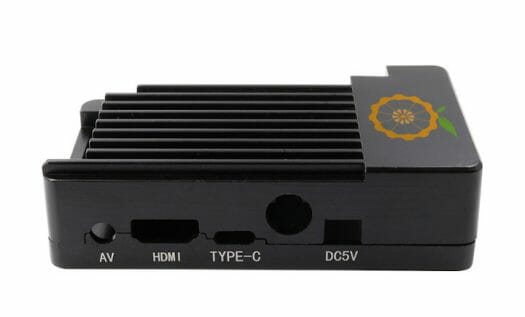 I do wonder if those thick pads will work? Any chance they would send cnx one to test?

I could always ask them.

If you do so, then you will demonstrate the inneficience of those pad by loading the cpu with 20% of load and add him a 4K video decoding… You will hang in less than 5mn. The friendlyelec board have also a silicon pad, and hang also with the same test.I have had to remove this pad and use a copper shim and completly polish the dissipator and the shim on the contact face. And with this thermal condition, I can confirm that RK3399 can play 4K vidéo and using any load on the main cores with perfect stability, but it’s… Read more »

Cool makes the opi4 even more interesting, but is it true it won’t take any ssd?