CANTact Pro is an open-source USB to CAN device that can help you debugging or hack components inside a car or other vehicle. The tool features two CAN Interfaces and can be controlled from Windows, Linux, or Mac OS computers. 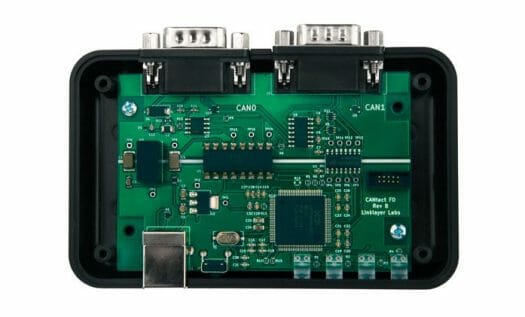 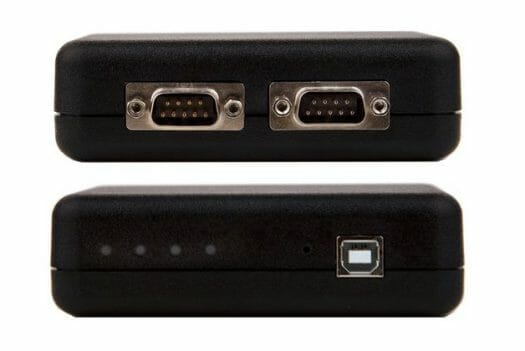 CANTact Pro works with Windows, macOS, and Linux with USB drivers, command-line interface, and Python, C/C++, and Rust APIs available for all three operating systems. In Windows, you can also use ETAS BUSMASTER, while the device is compatible with SocketCAN in Linux.

CANTact Pro is the second USB to CAN devices from Linklayer Labs and adds one extra CAN interface, support for CAN FD and SWCAN, as well as USB / CAN isolation compared to the original CANTact device. 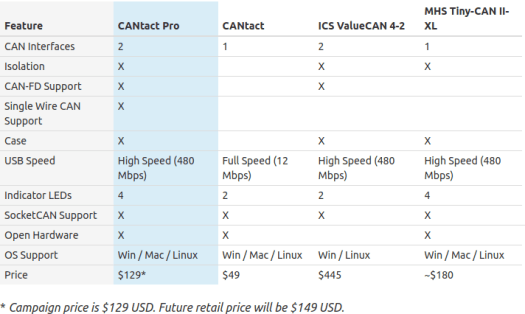 CANTact Pro comes with many of the same features as Intrepid Control Systems (ICS) ValueCAN 4.2 CAN tool, but only at a fraction of the cost. It will be open-source like the original tool without both hardware and software resources released publicly. If you’re interested in experimenting with the CAN bus, we’ve previously covered PiCAN3 Board for the Raspberry Pi 4 and CAN32 ESP32 board for CAN bus applications, so you don’t necessarily to mess up with your car…

Linklayer Labs has just launched the USB CAN tool on Crowd Supply with a symbolic $1 funding target. CANTact Pro is offered for $129 during the crowdfunding campaign but should sell for $149 retail. Shipping is free to the US, while it adds $10 to the rest of the world. You can also get the original CANTact device for $49 if you don’t need more than one CAN port, nor support for the faster CAN FD standard. Backers should expect to receive their rewards something in October 2020.

The price is similiar to a PCAN-USB. Wondering if it has the same good software support..?

It’s a shame it doesn’t have USB C support like this one: https://canwork.dev