It launched for $175, and now still retails for $160 which may not be affordable to students and hobbyists. Google announced a new model called Coral Dev Board Mini last January, and the good news is that the board is now available for pre-order for just under $100 on Seeed Studio with shipping scheduled to start by the end of the month. 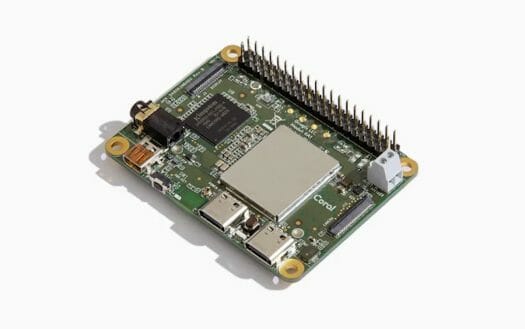 Coral Dev Board Mini specifications haven’t changed much since the original announcement, but we know a few more details: 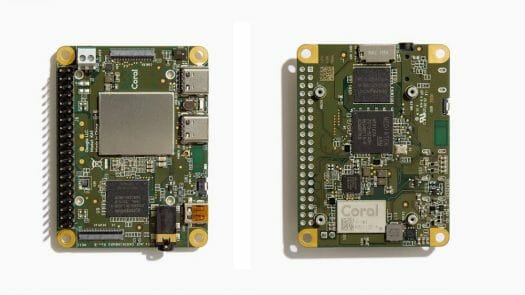 The new board is more compact and offers double the memory, but comes with a slower processor that may or may not impact AI inference performance, and lacks Ethernet, full-sized USB ports, and a built-in microphone. While the original board had an HDMI 2.0 port, the Mini board comes with a micro HDMI 1.4 video output instead.

The use cases and features of Coral Dev Board Mini single-board computer remain the same with the platform designed for machine learning (ML) inferencing using the Edge TPU coprocessor capable of performing 4 TOPS using 2 TOPS per watt in theory. For instance, it can run MobileNet v2 at close to 400 FPS at low power using 224×224 images instead of the more traditional 300×300 images as we reported in our post about understanding AI benchmarks.

Why did they choose a PowerVR GPU instead of a Mali?

it comes with the cpu