There are plenty of dashcams on the market to record accidents or other events that may happen while driving or while your car is parked. Lanmodo Vast Pro is another of those systems but features a wider screen and a night mode that helps drivers see clearer and further at night or other adverse conditions (rain, fog, snow, etc…), leaving more time for the driver to take corrective action and prevent an accident.

The system is equipped with a 1080p HDR camera using a Sony CMOS sensor, as well as an optional Full HD rear camera with a 170-degree field-of-view, and up to 128GB of storage good for around 28 hours of continuous recording. 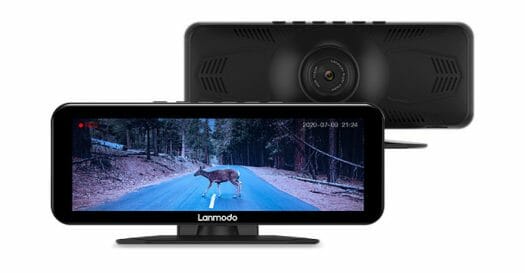 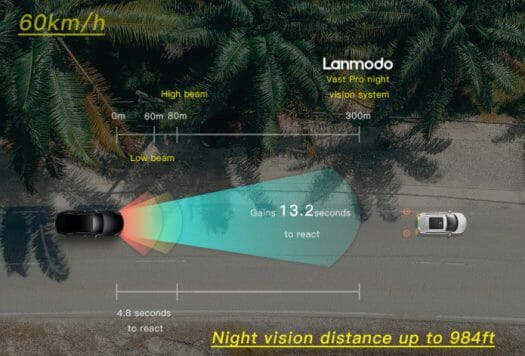 The dashcam supports live view for the front camera, real-time recording function, as well as 24-hour parking monitoring and the G-sensor help the system detect a collision, and saves the footage separately from the continuous recording. Strangely, I understand the output from the rear camera can’t be shown on the display.

The dashcam launched on Indiegogo yesterday, and they’ve already raised around $60,000 US. Rewards start at $199 for Lanmodo Vast Pro with all accessories, except for the rear camera and 6.25m cable that add $49 to the total. Shipping is free to the US, and adds $20 to the rest of the world. The company plan to start shipping the device in January 2021.

I’ve had a number of these. They all eventually succumb to the heat build up in parked cars and fail in various ways. They need to withstand 170F for hours while in cars parked in the sun. To avoid heat death you need to remove and take with you….pain in the arse

>Lanmodo Vast Pro is probably based on an Allwinner T-series SoC or one of Rockchip processors like RV1108,

It’s possible it’s also something like the SSC8336. These are specifically made for dual camera dash camera applications…. I’ve taken quite a few units like this apart recently.