We’ve seen some interesting USB hardware hacking/debugging boards in the last two months with Tigard, Ollie, and Glasgow Interface Explorer each with their own price point and features, but with the goal of replacing multiple other programming or debug boards you may need for your projects.

Protocol Droid is another one of such USB boards for electronics designers and hardware hackers. It offers I/O connectivity via terminal blocks for I2C, CAN Bus, RS485, UART, SPI, and other interfaces. 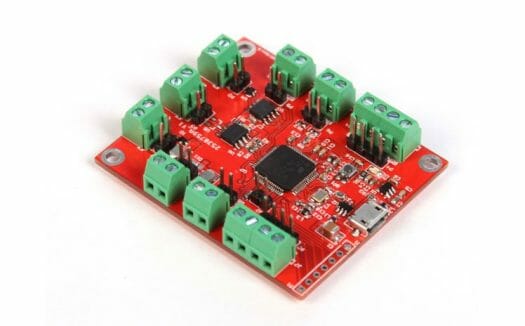 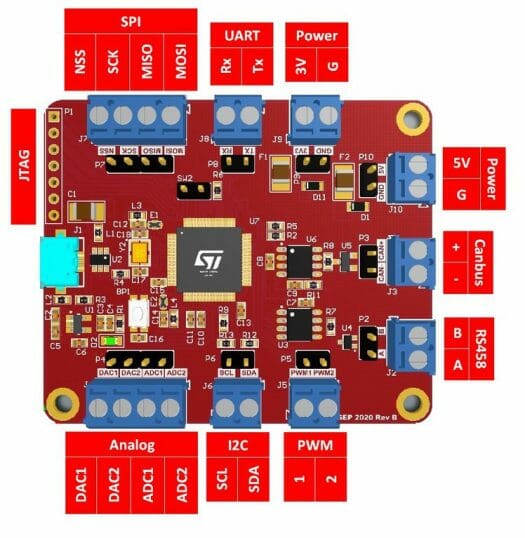 All interfaces are available simultaneously through the USB port., and the developer provides a program to control the I/Os from Windows, and a Linux version of the program will be available once the board ships. Since the project is open-source, hardware, firmware, and software will be made available, but currently, only the PDF schematics have been made available on the Github repository for the project.

Protocol Droid has launched on Crowd Supply with an $8,000 funding target, and a $79 is asked for the board, plus $12 if you’d like a cable set comprised of a male MicroUSB to male USB Type-A cable, 20 single-pin, male-to-female connectors, and 20 single-pin, female-to-female connectors. Shipping adds $8 to the US, and will vary for other countries. Backers should expect their rewards(s) to be shipped in March 2021.

wow thats expensive, you can do most of that stuff with a 2$ stm32 board.

At this price software need to be good, mcu is stm32f105xx

“wow thats expensive, you can do most of that stuff with a 2$ stm32 board”

According to their schematic, they’ve used an stm32f105. Seems like an odd design choice for today, st have released so many simultaneously better and cheaper devices in the decade since that originally came out.