Collabora has now started to work on Panvk, Panfrost Vulkan driver, but that does not mean OpenGL ES work is done, and the company has just published a blog post about OpenGL ES 3.1 support in Panfrost. 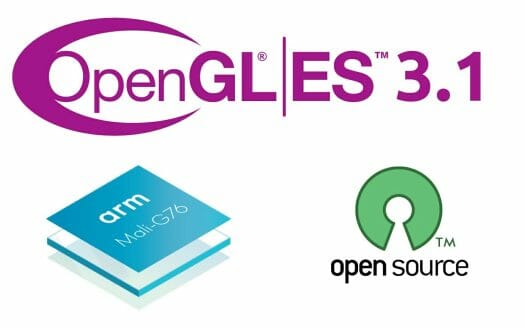 Alyssa Rosenzweig explains OpenGL ES 3.1 extends to both the older Midgard GPUs that include Mali T760 and newer version, and the more recent Bifrost GPUs with Mali-G31, Mali-G52 and Mali-G76.

Other changes made to Panfrost driver include the addition of an instruction scheduler to the Bifrost compiler, and the implementation of “dirty tracking“, a common graphics driver optimization that tracks state changes to monitor “dirty” (modified) and “clean” (unmodified) states in order to only emit commands for the dirty state, reducing CPU overhead, and the work required by the GPU. Dirty tracking in Panfrost improved draws per second in one unnamed synthetic benchmark by about 400%.

Going forward, Panfrost OpenGL ES 3.1 support will be polished for the Mesa 21.2 release next month, followed by some Bifrost performance improvements, and support for Arm Valhall GPUs (Mali G77 and newer) will be introduced later on.

Question: Does ARM (maker of Mali GPU) help on these efforts? Or is it pure reverse-engineering by the OSS developers?

In the past, Arm was not happy about projects like lima (for Mali-400), and I think they came late for Panfrost, but as they say “better late than never”.

I think Arm can’t just release their source because of legal issues (patents), at least that should be one of the reasons.

In an ideal world, they would.