But there really doesn’t seem to be any reason for another rc, since it’s been very quiet. Yes, I had a few pull requests since rc7, but they were all small, and I had many more that are for the upcoming merge window. Part of it may be due to the July 4th week, of course, but whatever – I’ll take the quiet week as a good sign.

So despite a fairly late core revert, I don’t see any real reason for another week of rc, and so we have a v5.2 with the normal release timing.

There’s no particular area that stands out there – the changes are sosmall that the appended shortlog really is the best description of last week. A few small random changes all over: drivers, architectures, filesystem, mm, …

So with this, the merge window for 5.2 is open. 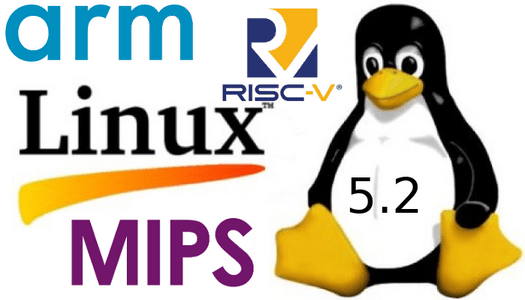 Some notable change brought out by Linux 5.2 release include:

Some changes for Arm architecture include:

Summary of MIPS updates for Linux 5.2:

and finally a RISC-V changelog for Linux 5.2:

For even more details, you can read the complete Linux 5.2 changelog with comments generated with git log v5.1..v5.2 --stat. You may also want to checkout Kernelnewbies website.