PiSugar battery for the Raspberry Pi Zero was introduced around two years ago, followed the next year with a 5,000mAh PiSugar 2 battery for Raspberry Pi 3/4 which is currently sold for $49.99. 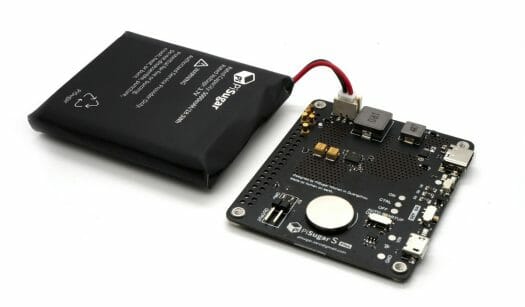 PiSugar S Pro offers a 5,000 mAh battery capacity with up to 3A output current for a typical battery life of 8 to 10 hours. A micro USB port and a USB Type-C port can be used for charging. The board also adds a GPIO button to turn on and off the Raspberry Pi board cleanly, or alternatively can be used as a custom button when the board is running.

The battery module also supports the UPS function to continue operation when the external power supply is disconnected. The company ships the PiSugar S Pro with four screws for installation, and expansion is possible to support wireless charging and solar charging. 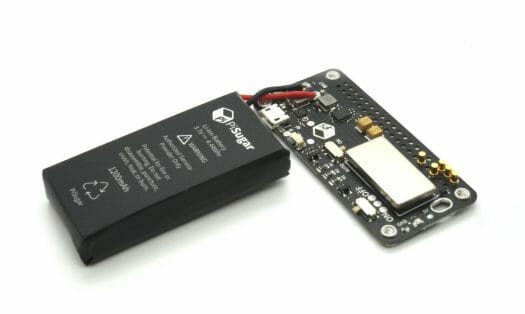 Since there’s less area for Raspberry Pi Zero, the PiSugar S battery module comes with a smaller 1,200 mAh capacity battery with up to 2A output current good for around 6 hours per charge when using Raspberry Pi Zero W SBC.

The battery module supports the same function as its big brother with UPS, GPIO button, and the option to add solar or wireless charging via an expansion module. There’s only one Micro USB port for charging, no USB-C port.

There’s a Wiki for all PiSugar battery modules, but there are only placeholders for the SugarPi S models, and while previous models were released under an open-source license, the company has yet to release the files for the new models.

PiSugar S Pro sells for $29.99, or $20 cheaper than the version 2 Pro model, while PiSugar S goes for $27.99, against $39.99 for the version 2 model.  The main differences appear to be the lack of RTC support on the new models. You’ll find all PiSugar battery modules on Tindie.

I’ve looked at the doc and photos. These devices look like pretty well designed products, with good ideas (like the use of pogo pins on the back of the board so that it does’t prevent from connecting various hats), and decent power output (5V/3A). The price looks reasonable, considering the time it took me to make my own UPS for my ADSL modem.

They could probably make a smaller USB-C only or 9-12V variants with only 2.1mm jacks for various other devices, as I guess their DC-DC converter can go higher than 5V.

Hi Jean-Luc
In our company, we’ve just purchased our 100th Pi-Juice, a device very similar to that one but a little bit more expensive. They can be purchased on the company website (https://uk.pi-supply.com/collections/pijuice) or with any of their well-known resellers.

Previously, I reviewed another battery solution but it did not work well as a UPS. https://www.cnx-software.com/2016/07/25/raspberry-pi-club-battery-ups-kit-guide-and-review/

So there are plenty of options.

A quick review later, I found one drawback to this card (compared to the PiJuice we use): its plug to the battery is a two-wire plug, so it cannot receive the temperature from the battery (many battery has a small thermistor embedded which reports about their temperature via a 3rd wire).

This is quite a pitty as it doesn’t add cost to the device, and can really save one’s device when temperature gets hot or when the battery is charging and has an issue.