The board is now on backorder for $129 in 2GB/32GB configuration on the official UP Shop, but somehow an Aliexpres store is currently selling 999 pieces of a “Mini Z8350 2G Add 32G Atom Motherboard” that looks exactly like the UP Core board, for $63.99 including shipping (and a heatsink). Note the seller is relatively new, having registered in May 2021 with only 7 followers, so there may be risks involved. 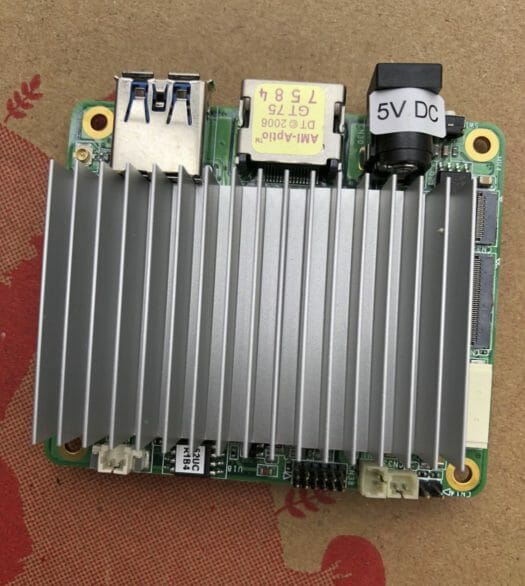 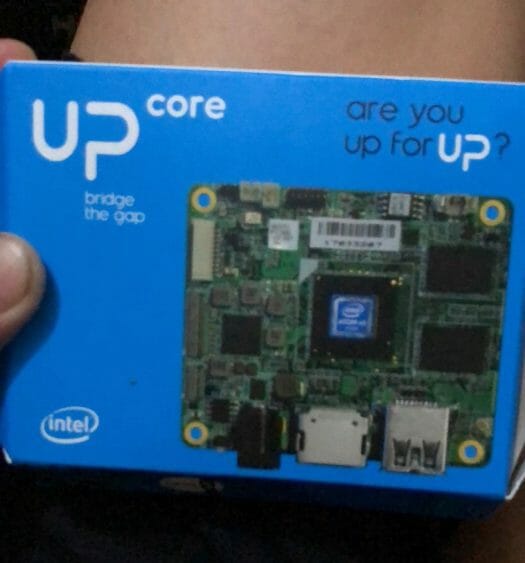 I didn’t have to guess to find out it was a UP Core board, as the seller uploaded a blurry photo of the package on the Aliexpress page. That also means the board can run Windows 10, Linux, Android operating systems, and support for expansion board. You’ll find resources to get started on up-board.org.

OK. But what about the $50 price tag in the title? That’s because the same seller offers another, even cheaper Atom x5-Z8350 SBC for just $49.99 including shipping. 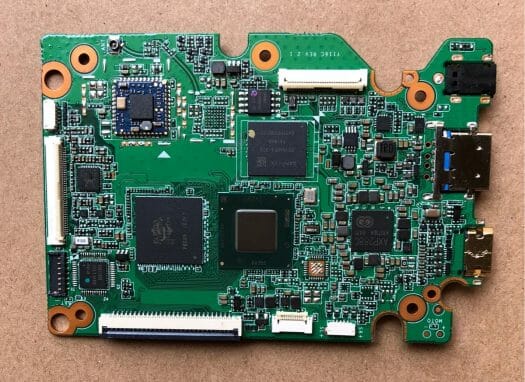 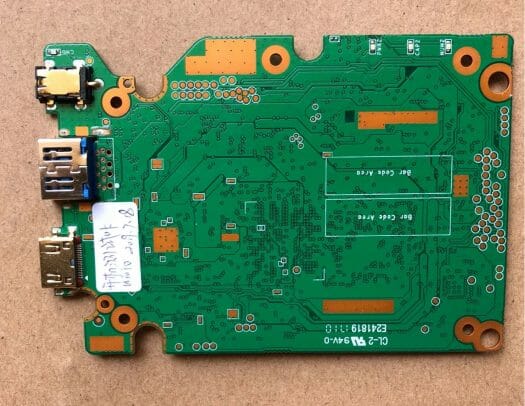 Finding product names is hard, so the seller went with “Z8350 2G Add 32G WIN10 Motherboard” instead. At least we know it’s based on an Atom x5-Z8350 processor coupled with 2GB RAM and 32GB eMMC flash. We can also see the HDMI port, USB 3.0, and DC jack from the photos, plus a wireless module.

But There’s little other information on the Aliexpress page, and this does not look like a typical single board computer, and instead, more like a board for a product like a tablet or a laptop. We can find out by checking the provided Windows 10 screenshot that reads LeapBook A100. That’s a 14-inch laptop that was sold several years ago.

The wireless module offers 802.11b/g/n WiFI 4 and Bluetooth 4.0, and apparently, there’s no USB 3.0 port, but two USB 2.0 interfaces instead, I’d assume one of those through an expansion board. Running anything other than Windows 10 on that board may be challenging, and somebody tried to install Lubuntu with limited success.

Those two boards are not quite as good a deal as the $35 Atomic Pi single board computer from a few years ago,  but for 2021, that’s not too bad.

that 50usd board looked like it was designed for specific case/appliance. and indeed, googling some board markings results in:
Ilife Zed Air SA, some cheapo laptop. probably returns with broken parts, but working mobos? recycle! 🙂

Some years ago i buyed for around 50 dollars an AtomicPI with the same SoC, 2G RAM, 16GB emmc, wifi, BT, mic in, audio Power amplifier, some GPIO and USB 3.0 for a little less. Later someone descrived It was made to build a Little robot, but never sold so they have sold the Mainboard, the AtomicPI itself.

The latter mobo in the article probably Is for some tablet: on Ali there are several board like this, and It has a Vin of 3.7-4.2V.

Looks like Y116C motherboard is also used in some other laptops, like one on ebay “TEQNIO” which has many similar motherboards for sale ~$30. Different Atom processor. Looks like you can buy expansion cable too to get back the ports from other side of laptop.

Actually an interesting concept wherein if you need a low end SBC for some kind of embedded project, you could pick up one of these. Raspberry Pi and many other SBC are out of stock at the moment; other Intel SBC often run $100 or more

oooh, this would make a very nice cluster!
Methinks I shall purchase…

I’m surprised that there are still stocks of these chips to be use.

This must be because of the general chip shortage, making do with whatever is left in th bins.

If you’re not really that worried about power consumption or heat production, I can’t think of a reason that 2016 hardware would be a problem, especially at this price point.

On the consumption front, the 8350 is pretty good. It can work fanless with a very small heatsink. It’s just not particularly beefy but can be sufficient for plenty of use cases. You should see it as a replacement for an ARM box rather than for an x86 one though, or you risk some disappointment from some applications’ performance.