We’ve covered several e-readers in the past, but the PineNote 10.3-inch e-reader will be a bit different, as the hardware & software will be entirely developed by the community like other Pine64 platforms such as Pinebook Pro, PineCone, Rock64 single board computer, etc…

Based on the Rockchip RK3566 quad-core Cortex-A55 processor, PineNote will be one of the fastest e-readers on the market, and leverage the code already written for Quartz64 single board computer, including mainline Linux support. 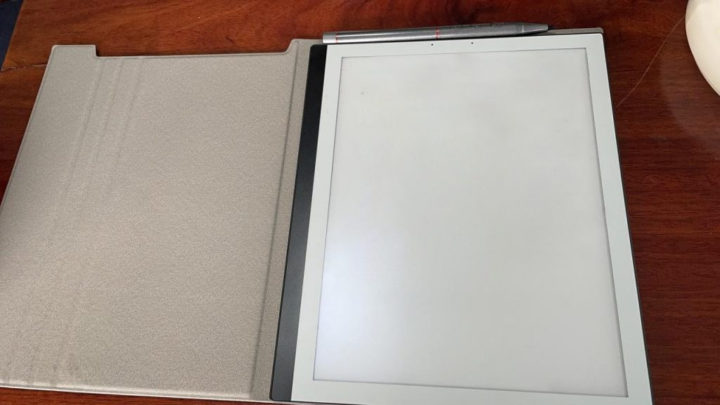 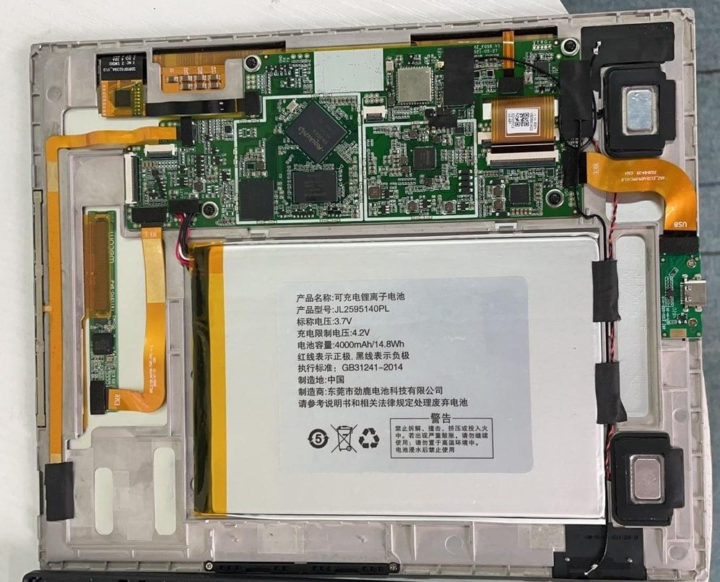 The PineNote will ship with an optional magnetic cover and EMR pen equipped with a faint LED power on/off indicator, a previous/ next page button as well as an eraser button.

The e-reader will eventually be able to run much of the same Linux distributions as on for the Quartz64 board and Linux 5.x mainline. But initially, the first “early adopters” samples will most likely come with Manjaro on top of Linux 4.19, and the display may be work just yet depending on whether the driver is ready.

Eventually, people will be able to read books, comics, take notes and sketches, run programs like LibreOffice (preferably with an additional keyboard), and more. But note this will take time. For instance, the PinePhone “BraveHeart” edition was first released in November 2019, and while tremendous progress has been made since then, there are still some issues at the edge, as we’ve seen when trying to use PinePhone as a hotspot.  That means even after over 20 months following the initial samples were released you may still have to play around with config files, try out multiple operating systems to find the one that works for you, or even recompile the Linux kernel. Luckily, there’s an active community to help out.

Pine64 expects to make PineNote available to early adopters later this year for $399, including the magnetic cover and the EMR pen. The price is quite competitive compared to other e-readers with a 10.3-inch display such as BOOX Note2 or Geniatech’s Kloudnote (Rockchip PX30 based) sold for around $450 to $480.

I hope a future revision provides USB-C DP-Alt mode for connecting a monitor/projector. There are many scenarios where this would be advantageous.

I doubt it will happen. The SoC does not support DP altmode. I suggested they add a micro HDMI port on their comments page, though. Less convenient but would get the job done.

DP Alt mode is not a SoC feature. It is handled with a discrete USB-PD-ALT interface chip. Lots of RK3399 devices already use this feature.

This is an rk3566 device, not rk3399. Rockchip specifically integrates a typec phy on the rk3399. They do not do so for the rk3566/8. Maybe it could be integrated separately, but that is not something Pine has ever done from what I can tell. I am not even sure if they could hijack the video output like that.

Not quite as portable, but something similar could be achieved by connecting an HDMI e-Paper display to a Raspberry Pi 4 or other SBC with dual video output, and using the second video output for the projector.

Inside the Mi Pad 5 we find this time a powerful Qualcomm Snapdragon 860 SoC and in the MI PAD 5 PRO a Snapdragon 870, a high-end chip chosen by other brands such as Huawei or Lenovo to equip their more powerful tablets. The screen is one of its strengths, since we have an 11-inch panel with 2.5 K resolution and a 120 Hz refresh rate for both models

This is a desktop Intel, folk should be asking Pipo and other Chinese makers to use mainline linux parts on these !

Intel platforms typically support mainline Linux pretty well barring driver issues.
But low power is important on e-readers both for longer battery and cooling (those are really thin as you can see from the specs), so cooler Arm processors are preferred here.

I get that, I was thinking more as a hardware base to develope a working touch screen open Linux mobile, tablet, TV box on. A reverse of iPhone to iPad evolutions. Android etc have shown a touch screen input interface for casual users of Linux Kernel is possible and easily learned. ( not liked by those paid by the hour to type Linux commands at the command line or develop Linux programs ) Perfect a touch screen Linux with USB mobile modem on the Pipo type device then later translate to Debian or Ubuntu etc for aRM or Risc-V mobile.… Read more »

It’s not comparable though since this one has an e-ink display.

Mainline non BSP Pinejaro support won’t be anything more then experimental for another year or more. On the other hand, Pinephone was made around fully mainlined SoC. Modem – the only special part – remain closed. Pretty expensive product with limited use cases considering the absence of software support, proper QA and bad/no warranty terms.

No Bluetooth?
it’ could be a great feature, for audio or pairing a keyboard 🙂

it has bluetooth, see here:
https://wiki.pine64.org/wiki/PineNote#Network

While I totally think it’s worth it (it looks amazing!), is that price going to come down? I get that E-ink is expensive, and the hardware is pretty great, but I don’t know that I could bring myself to drop 400 dollars on it.

Given that at $4000, this is about 1/3-1/4 the cost of less capable competing devices (kindle paperwhite excluded, though tremendously less capable), id say this is the price coming down

It’s not really competing with Kindle’s, they all have sub 7 inch screens. Other 10 inch ebook readers go for about the same price with worse CPU and storage. This display for evaluation goes for 349$, so even if it goes down to half the price at production scale, the price is still very reasonable.

Yeah, that makes sense. I knew much of the BOM and, therefore, much of the price, was being spent on the display, I just wasn’t sure how much. ($349! damn! – that makes the price look amazing!)

Before getting to excited, consider the note on Quartz64 model A page ” Note: The Quart64 SBC still in early development stage, only suitable for developers and advanced users wishing to contribute to early software development. Both mainline and Rockchip’s BSP fork of Linux have already been booted on the platform and development is proceeding quickly, but it will be months before end-users and industry partners can reliably deploy it. If you need a single board computer for a private or industrial application today, we encourage you to choose a different board from our existing lineup or wait a few… Read more »

Yes, that’s well known, Pine64 is perfectly open about it.
They provide hardware virtually at cost, and software is developed by the community.
You’re right to mention Orange Pi as they operated quite similarly. But it’s been fairly quiet this year on their side, probably because it’s challenging to launch new hardware right now, or maybe they are busy with other projects.

“is perfectly open” can also mean one is trying to sell alternative reality or hide something? Repeating lie (or just “forgetting” certain things) as often as possible and a lie become a truth. After all, they are profit oriented company – regardless what they communicate – and have many motives to operate this way. Pine software partner is Manjaro since many years and none of them are hiding that. Pine is releasing software trough them, but unofficially. Making a distance means users wont direct reputation and profit damaging questions, even development would entirely be covered by community. But that is… Read more »

Hopefully it’s the latter – I always enjoy an Pine64 product announcement and/or release.

I just now took a good look at the inside, and that looks to me like a lot of extra space just waiting for mods… fun!

When I’ve looked (years ago), Kobo hardware has been pretty hackable. The firmware is based on Linux.

Their latest eReader is the 10.3″ Elipsa ($400). It takes on the Remarkable. It includes a stylus and tries to recognize hand printing. With that much software, it might be less hackable (you might lose too much functionality).

DRM is way too important for ebooks. Hard to be open.