Debian’s release is significant as the Linux operating system serves as the base for Ubuntu and derivatives, Raspberry Pi OS, and together with Ubuntu, is one of the operating systems supported by Armbian which offers images for a range of Arm-based single board computers. 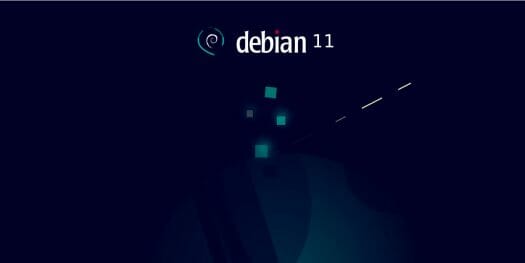 I remember a few years ago 3D graphics acceleration on Arm boards was news, as it was quite a challenge to get it working due to binary blobs. But Debian 11 now comes with Mesa 20.3 framework which includes Panfrost and Lima open-source Mali GPU drivers by default, as well as the Vulkan 1.0 conformant V3DV driver for Raspberry Pi 4.

As noted in the documentation that means the following Arm Mali GPUs are supported:

In practice, that means boards and devices based on most Rockchip, Allwinner, and Amlogic processors will have 3D graphics acceleration out of the box.

exFAT file system has been supported for years, so you may wonder what it is all about. That’s because exFAT was only supported through a userspace driver (fuse), and now exFAT is supported within the kernel. This should lead to better performance, especially on lower-end hardware as we’ve seen in the past with another fuse-based file system.

I remember in the past the need to install printer drivers to get this working, and even in recent years configuring a printer through CUPS required some efforts. But since most modern printers are able to use driverless printing without the need for vendor-specific, usually closed-source, drivers. Debian 11 “Bullseye” comes with ipp-usb package using the vendor-agnostic IPP-over-USB protocol which allows a USB device to be treated as a network device. This should make connecting a printer mostly plug-and-play.

You can check out the release notes for a more detailed changelog. The  amd64 and i386 images (CD or network installer), as well as ports for Arm (armel, armhf, arm64), MIPS (mipsel and mips64el), as well as  little-endian Motorola/IBM PowerPC (ppc64el) and 64-bit IBM S/390 (s390x) can be found on Debian website.

Any information about debian 11 based raspberry pi OS ?

Last time, they released RaspbianOS “Buster” even before Debian 10 was stable. I suppose it’s just a matter of weeks before Raspberry Pi OS Bullseye is released.

Does the exFAT support mean that Microsoft no longer charges a license fee? As in the past it was quite expensive to get an exFAT license, as there was a base fee and then a per unit fee as well.
If not then they could get in legal trouble and the same applies to anyone that uses the OS.
Microsoft has gone after unlicensed products in the past.

I think it’s Microsoft’s own exFAT driver in the kernel.
Update with link: https://www.cnx-software.com/2019/08/30/microsoft-exfat-linux-exfat-specification/

After all the only purpose of the oin is protecting the linux ecosystem.

Old… 8 months, latest LTS tree *dream* checking mobile’s kernel… 4.19.95 and I just bought it this week… and it is a still supported LTS tree, okthey could already be at 4.19.204 😉
Many embedded systems run even older kernels. Sad story…

Does this also bode well for better general support in terms of the GPU’s in particular for all of the third party …ELEC distros for ARM boards and boxes?

Yes mostly
Libreelec has a quite well maintained and well working port for allwinner H3/H6 and more and manjaro linux works well on my amlogic box with a s912 (wasn’t very happy with the various elecs for that box when i tried quite a while ago). So depending on available maintainers lima and panfrost enable many things previously very cumbersome.