Geniatech used to be better known for their Amlogic TV boxes, before expanding their business to development boards and systems-on-modules. But the company has now introduced KloudNote, a 10.3-inch E-reader running Android 8.1 on a quad-core Cortex-A35 processor.

The device is equipped with 2GB of RAM and a 16GB eMMC flash, supports WiFi 5 and Bluetooth, as well as optional 2G/3G/4G LTE cellular connectivity, and comes with a USB-C port and a headphone jack. 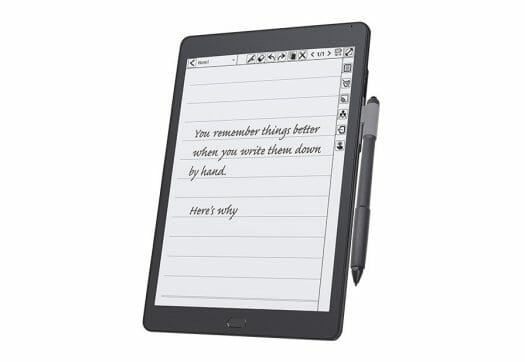 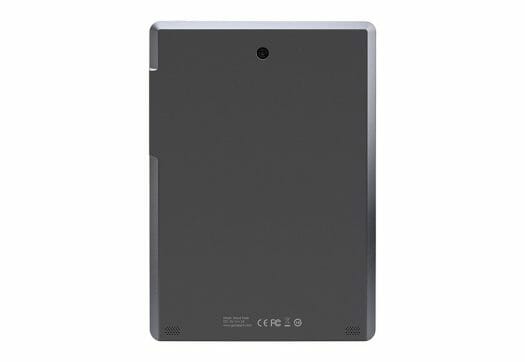 The company further states the screen is glare-free, can be shared wirelessly, and the E-Reader supports real-time cloud synchronization as its name implies, and you can access the notes on your mobile phone or computer easily.

Geniatech will not usually sell their products to end-users, and instead, focus on providing solutions to OEM partners. But it’s still possible to buy a sample of KloudNote E-reader for $449 on Geniatech shop, I assume without 4G LTE cellular connectivity. Additional information may be found on the product page.

I poked around their site and found yet another ssd201/ssd202d module..
https://www.geniatech.com/product/som20x/

Agree. We have coloured ones that are cheaper, though a bit smaller and without cellular connectivity.

Why would one release a new device that only supports android 8?

Flexible? I guess that means shatterproof in this context.

I finally watched the video. Actually all they’re presenting is their software. And it does look pretty usable.I think they should focus on selling their software alone for any device running Android instead of making their own overpriced tablet.