Pine64 unveiled the Quartz64 SBC powered by Rockchip RK3566 processor a few months ago. More specifically they provided details about Quartz64 Model A at the time, a featured-rich variant with SATA, PCIe, multiple display outputs, etc…

During the announcement, Pine64 also indicated a Raspberry Pi-sized Quartz Model B was in the works but did not have a prototype to showcase just yet. In the latest Pine64 April update, the community showcased the new board,  reported software progress, and information about production delays for Model A. 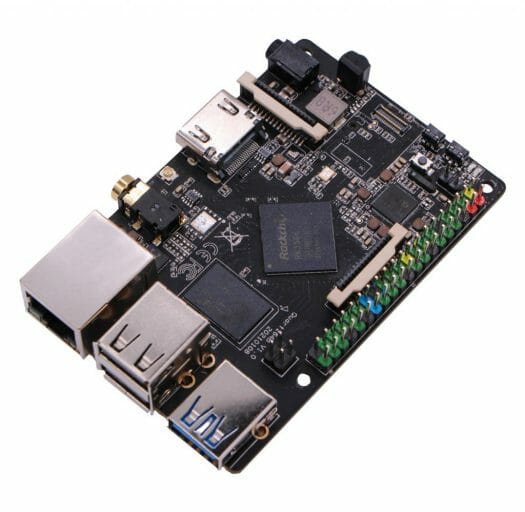 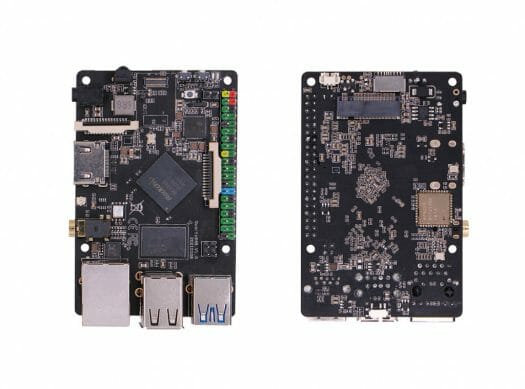 Besides the features that can be removed such as the PCIe x4 slot, eDP interface, etc.., some other changes include support for 2-lane MIPI CSI & DSI interface instead of 4-lane on the Model A board, WiFi is no longer optional an integrated into the board via an BL602 module [Update: BL602 has now been confirmed to be the only option], and an M.2 PCIe socket has been added. The power supply is also different with 5V input on Model B, instead of 12V on Model A. Pine64 had the good idea of using different DC jack sizes so you don’t need to fry your Model B board with a power adapter for model A.

We’ve already written about recent chips shortages, lead times of up to 52 weeks, so it should come as no surprise that Quartz64 Model A production has also been affected. Pine64 explains this is due to the lack of stock of the Gigabit Ethernet PHY (namely RTL8211F-CG based on the schematics), with a projected lead time of 12 months, and a price increase of 850%, yes, that’s eight hundred fifty percent.

So the decision has been made to use a separate PHY, meaning Quartz64 Model A production is expected to be pushed back by a month or more, and probably occur at the same time as the B model. But of course, it’s very difficult to make predictions in this environment

While there is bad news on the manufacturing side, software development is progressing nicely. Yesterday, we reported mainline Linux support for Rockchip RK3566/RK3568 processors should happen pretty soon, and Pine64 confirms the board can now boot both mainline and BSP Linux.

With Linux 4.19 from Rockchip BSP, Quartz64 can boot into userspace with Gigabit Ethernet, USB 2.0, and serial working, albeit with some limitations for the latter two, as USB is unstable with long cables and serial requires FIQ-Debugger. Mainlinux Linux is said to have already implemented clocks, GPIO, micro SD, eMMC,  USB 2.0, USB 3.0, and the GbE controller.

But there’s still a lot of work as for instance USB 3.0 and PCIe cards are not working, and little things like rebooting the board are not functional at this stage. That means it will take a while for Linux to be used on Quartz64 and other RK356x boards, and at launch, it’s likely only Android 11 will be useable by end-users.

If I only own the Model B, I’d prefer 5.5/2.1mm, but if I own a bunch of Model A and Model B, it’s nice to have different sizes as they use different supply voltages.

Take the RockPi 4 as an example. It has a RPi form factor, yet it will never fit in any RPi case because of its bottom heat sink. The heat sink is proprietary, sold separately, and represents an additional 13% cost (based on SeedStudio pricing). When purchasing a single unit, the above can be overlooked. However, when purchasing 1000+ units, its a different story. It has been my experience that bottom mounted heat sinks add a significant amount of additional cost, weight, and complexity to any project using them. They are far more suited to the customer who will only… Read more »

Whereas top mounted heatsinks are often an afterthought and poorly glued on messes which have strange shapes or mountings as there are other devices to get in the way–wifi antennas, tall inductors, etc. The only top mounted heatsinks I’ve seen are the ODROID-Cx family where it was clearly designed in from the beginning. I have no love for the RPi form factor and your arguement that a bottom mounted heatsink won’t let that board fit an RPi case carries little weight with me. The right solution would be to design the bottom of the case to be the heatsink–look at… Read more »

The right solution would be to design the bottom of the case to be the heatsink–look at the beautiful designs of Mr. Honey

Quartz64 is meant as a drop-in replacement / upgrade for both Rock64 and Pine-H64 (B). As such keeping the same power connector makes a lot of sense. Pine’s PSU with this connector is a solid one and adapters are just a simple web search for ‘3.5/1.35 5.5/2.1’ away 😉

…would an adapter cable allow me to use the “M.2 PCIe socket” for a 1X PCIe Graphic card? Which cable could fit?

In the past I would’ve recommended to use the search bar in the upper right corner and enter there ‘pcie aperture bar’ to get an idea why most likely no GPU will work with Rockchip’s PCIe implementation. But since this blog implemented this up-/downvoting crap and is now mostly focused on RPi add-ons/enclosures the search is broken too.

It looks like the Search function would not look into comments anymore. I’ve added a plugin to handle that, and disabled the voting system as well.

But the voting system is how we detect that the rpi boys have been through. If Thomas and I aren’t voted down, do we really know they were here?

If I can’t be upvoted on the internet, do I even exist ?!?

Was it you or your post which was upvoted ? Maybe only your posts exist and you don’t exist. That leaves the question of who’s posting your messages then. 🙂