As its name implies, LILYGO T-Display RP2040 is a Raspberry Pi RP2040 based development board that comes with a display, and more exactly a 1.14-inch color display with 240×135 resolution and based on ST7789V SPI display driver.

The T-Display RP2040 board joins other Rasberry Pi RP2040 boards with integrated displays like Arducam Pico4ML, but does so at a much lower price with LILYGO selling the board for just $9.98 on Aliexpress. 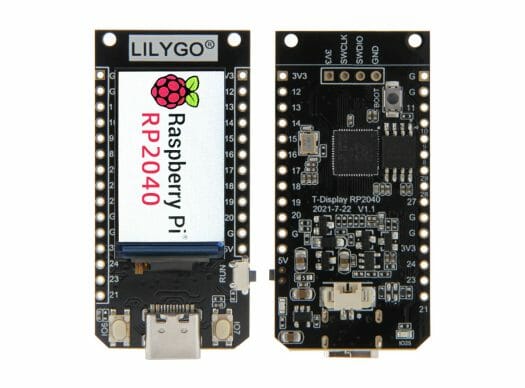 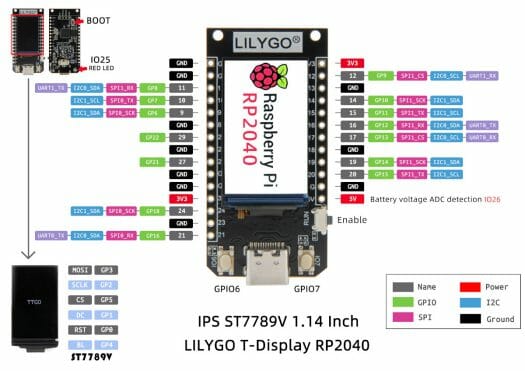 That may be one of the best value Raspberry Pi RP2040 boards I’ve seen in a while with a 4 MB flash, a color display, and battery support. I’d assume a battery charging circuit is included as well even if it’s not explicitly listed in the specs or photos.

The company only points to Raspberry Pi Pico resources for MicroPython and C programming, and there’s no Wiki that I could find.  But LILYGO has another very similar board called “T-Display ESP32” with the same display, plus WiFi and Bluetooth connectivity through an ESP32 WiSoC that supports Arduino.  So I’d expect T-Display RP2040 to get Arduino support in due time. By the way, the ESP32 does support battery charging, so the Raspberry Pi board should too. 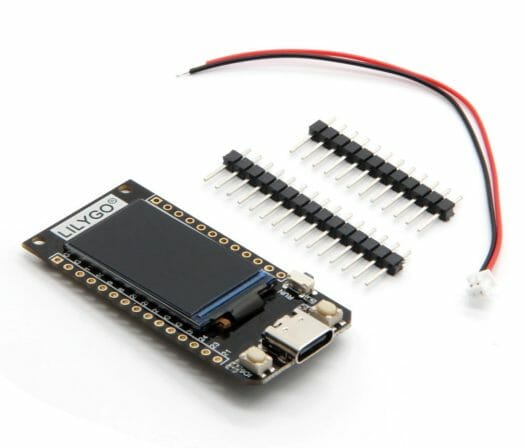 The $10 price tag includes the T-Display RP2040 board itself, make expansion header, and a short cable to connect a battery. For reference, the T-Display ESP32 board sells for between $9.79 and $12.17 depending on the SPI flash capacity (4MB or 16MB) and the choice of UART to TTL chip. CP2104 chip price has apparently increased, and now they recommend CH9102F USB to TTL chip instead, with the main downside being the lower speed (4 Mbps max) which should still be plenty enough…

And it’s not available anymore..

They only had 5 pieces left when I wrote about it… It might be back up in a few days.

Well, I still wanted to tinker with the RP2040 and this looks like a fun little board to start with. I’ll keep an eye on supplies 🙂

everything other is good