The Spotify Box is a small DIY device based on an Allwinner V3s single-core Cortex-A7 camera SoC and a wooden enclosure designed to play Spotify songs, and not much else…

The device serves as a bridge between the official Spotify app and your home audio system connected through the RCA jacks of the box. and allowing you to connect your smartphone to your audio setup and stream music throughout your house. 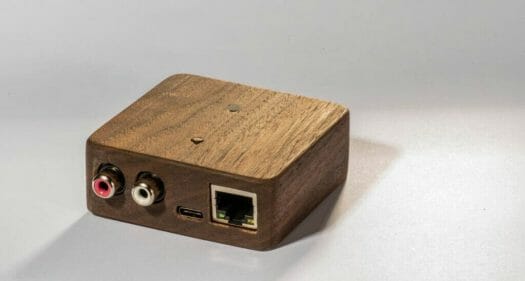 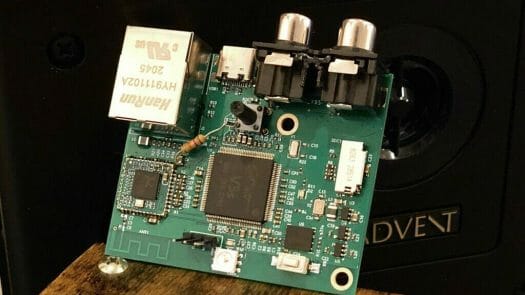 Evan Hailey selected Allwinner V3s over other processors such as NXP i.MX233 or Microchip SAM9N because it offered better value with integrated RAM, stereo audio codec, and an internal PHY. He put together a Linux image based on what’s available for the LicheePi Zero board, plus the bits to have Bluetooth working through the Bluez library, as well as Spotifyd open-source Spotify daemon.

Evan published a long post explaining the development process, design decisions, and what he learned along the way in terms of hardware design, software, and even making the wooden enclosure. The hardware design files and software have not been released, and he plans to make a second version with a different processor using external RAM.

Via HackaDay (and Thanks to Jon for the tip)

Very cool, I used a Pi1B with Dietpi and Raspotify and it’s a very good solution. Mine doesn’t look as good as this though!