As I just posted about MediaTek Filogic 830/630 WiFi 6/6E chip, I was informed that Amlogic may have its own WiFi chip as “W1” module showed up in the SDK’s source code. It turns out there’s at least one TV box with Amlogic W1 802.11b/g/n/ac module/chip?, namely X96 Mini+, that also happens to come with an Amlogic S905W4 quad-core Cortex-A53 processor we’ve never covered on CNX Software.

Apart from the new processor and WiFI module, X96 Mini Plus is your typical entry-level 4K TV box with up to 2GB RAM, 16GB storage, HDMI 2.0 video output, composite video output, Ethernet, and a couple of USB ports. 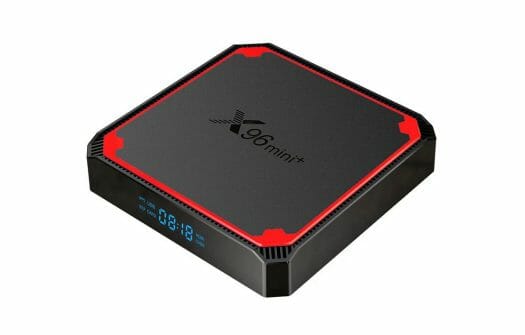 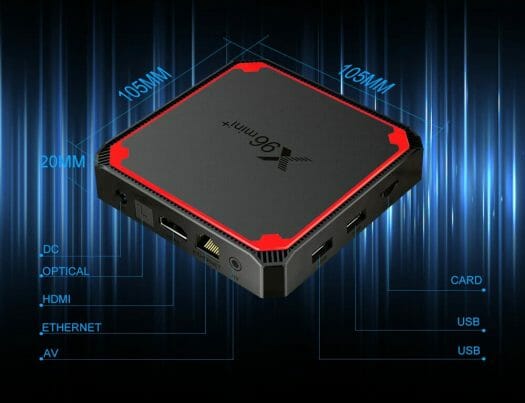 The TV box ships with an HDMI cable, an IR remote control, a power adapter, and a user manual by default. Amlogic S905W4 supports Android 9.0 OS with OTA firmware upgrade. It has none of the new features brought about by Amlogic S905X4 like AV1 and Android 11, which also happen to be supported in Amlogic S905W2 (which we missed). That means Amlogic S905W4 appears to be a cost-down version of Amlogic S905W with the same limitation to 4Kp30 video playback, and older Mali-450 GPU, but a lower CPU frequency of 1.2 GHz instead of 1.5 GHz (sometimes wrongly advertised as 2.0 GHz).

It’s unclear whether Amlogic W1 is just a module, or also a chip designed by Amlogic, but it appears limited to WiFi, meaning there’s no Bluetooth [Update: maybe there’s is. See W155S1 section below]. The description on Banggood says the WiFi 5 module supports 20 and 40 MHz bandwidth, but we don’t have much other information at this time. All I know is that we should expect Amlogic W1 WiFi solution in more and more Amlogic based designs. Hopefully, they’ve done a better job than the Allwinner XR819 WiFi chip that caused quite a lot of headaches to early users a few years ago.

This section is an update after I was informed (See comments section) that Xiaomi Mi TV incorporates the Amlogic W155S1 WiFi 5 & Bluetooth 5.2 chip. 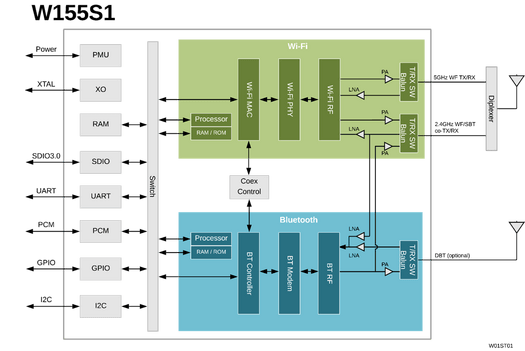 Why people want to buy this if they could buy mi stick for almost same price?

Is there a way to have split screen using this(or any such) box?

Half OT: ist the AW wifi now usable or still crap as before?

At least based on a new node… but anyway..no