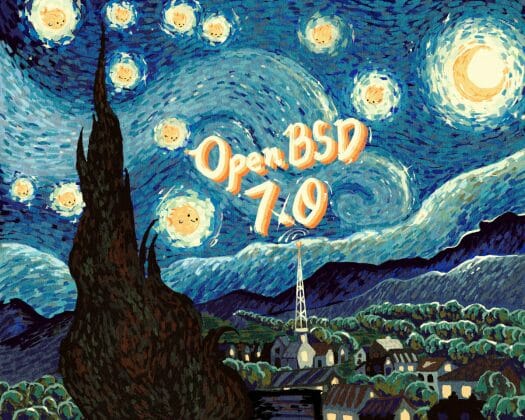 OpenBSD 7.0, the 51st release of the UNIX-like operating system, was outed on October 14, 2021, with the introduction of 64-bit RISC-V support for HiFive Unmatched and PolarFire SoC Icicle Kit boards, as well as further improvements to ARM64 targets, notably for Apple Silicon Macs, although it’s not quite ready for general use yet.

You’ll find the complete list of new features and updates on the OpenBSD website, but here are some of the highlights:

There are many other changes listed on OpenBSD website. If you’d like to give it a try on your platform, you can check out the index of /pub/OpenBSD/7.0/, select the architecture of the target board, e.g. arm64, riscv64, amd64, etc… and then open the install.ARCH file for installation instructions.

Its not, you can use an ac chipset but it runs on n