I pretty much always wish that the last week was even calmer than it was, and that’s true here too. There’s a fair amount of fixes in here, including a few last-minute reverts for things that didn’t get fixed, but nothing makes me go “we need another week”. Things look fairly normal.

It’s mostly drivers – as it should be – with a smattering of fixes all over: networking, architectures, filesystems, tooling.. The shortlog is appended, and scanning it gives a good idea of what kind of things are there. Nothing that looks scary: most of the patches are very small, and the biggest one is fixing pin mapping definitions for a pincontrol driver.

This also obviously means that the merge window for 5.11 will start tomorrow. I already have a couple of pull requests pending – you guys know who you are, and thank you.

The most notable thing about the 5.11 merge window will be obvious to anybody who takes a look at the calendar: realistically speaking, we only have one week before the holidays are upon us, and everybody is much too distracted. That means that I will be particularly strict about the whole “the merge window is for things that are ready *before* the merge window starts”.

Now, I’m sure you all want to go off for holidays too, and I’m actually surprised that I don’t have more early pull requests pending. So I think the whole “everything you send me should have already been done” is something we can all sign up for. But exactly _because_ of the timing, I will simply not be very interested in any new late pull requests that come in the second week of the merge window: I expect to still be  handling some of the backlog that week _anyway_, but I certainly do not want to get more of it.

So if it’s not already in linux-next, and if you aren’t happy sending it in this upcoming week because it’s not quite done yet, you should basically plan on not getting it into 5.11 at all. There will be releases after that one, don’t worry.

This has _technically_ been the rule before too, it’s just that I generally haven’t been all that hard-nosed about it, and have let things slide if it wasn’t _too_ egregious. This time around I have fairly clear reasons why I’m just going to enforce that “it had better be ready before the merge window even opened” rule.

If my overflow handling then ends up being interrupted by the holidays, I may end up delaying rc1 just to catch up, but I hope and expect that that won’t even be needed. We’ll see. But even if it does happen, it most certainly will _not_ mean that I will take pull requests that came in after the holidays.

Actual fixes that would be valid even outside the merge window are obviously not affected by that rule. 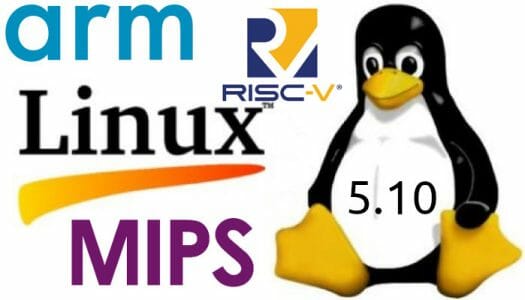 As you must have already guessed from the title of this post Linux 5.10 will be an LTS kernel getting long-term support for at least 2 years, and possibly up to 6 years. Some of the other highlights for the Linux 5.10 release include:

As a side note, I noticed an interesting commit message related to Raspberry Pi with some code written to handle HDMI interfering with WiFi in special cases:

The RaspberryPi4 has both a WiFi chip and HDMI outputs capable of doing 4k. Unfortunately, the 1440p resolution at 60Hz has a TMDS rate on the HDMI cable right in the middle of the first Wifi channel.

Add a property to our HDMI controller, that could be reused by other
similar HDMI controllers, to allow the OS to take whatever measure is
necessary to avoid that crosstalk.

Linux 5.10 Changelog for the Arm architecture

For a very detailed Linux 5.10 changelog, you can check all commit messages for Linux 5.10 generated with the command git log v5.9..v5.10 --stat here. An easier way to read a thorough changelog is to check out KernelNewbies website.