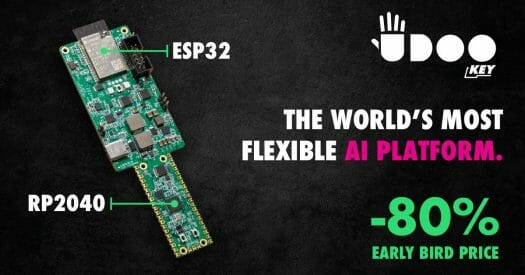 There’s always a bunch of DIY electronics on Kickstarter, but right now nothing is as compelling as UDOO KEY. Built by UDOO, a multidisciplinary team that has already completed (and delivered) four highly successful Kickstarter projects, UDOO KEY is an innovative, never-before-seen combination of Raspberry Pi RP2040 and ESP32. 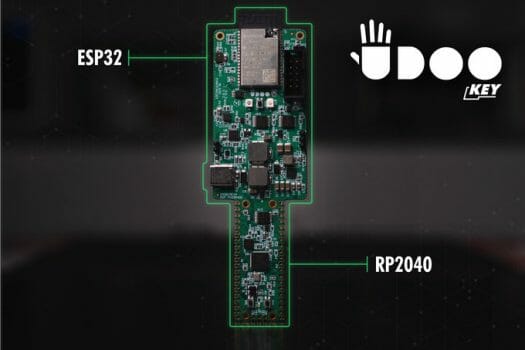 Mind you: unlike the newest microcontroller by Arduino, UDOO KEY doesn’t simply use the ESP32 for connectivity. Instead, it features a fully programmable ESP32, offering the widest set of options in the field when it comes to Edge AI. Predictive maintenance, sound recognition, keyword recognition, gesture recognition, face recognition, object detection & classification… these are just a few of the many applications you can build, also thanks to the several programming languages and libraries supported, such as Micropython, C, C++, TensorFlow Lite and TinyML.

This is not some fancy mini PC for low-budget gaming, but a platform for AI at the edge. A $4 platform, let me add: if you hurry up and back the campaign right now (there are only three days left!), you can get UDOO KEY for the once-in-a-lifetime price of $4 rather than $20. An 80% discount, so to speak.

But is it worth it? We haven’t put our hands on the board yet, but there’s no denying its uniqueness and flexibility. Whether you’re a Raspberry Pi nerd or an expert of ESP32, UDOO KEY makes your job a piece of cake, making this low-consumption, powerful piece of hardware the go-to solution for every developer, startup, and R&D department out there.

A strong selling point of UDOO KEY is how versatile it is. Did I tell you that it is 100% compatible with Raspberry Pi Pico? But unlike Raspberry Pi Pico, it has Wi-Fi, BT and BLE, plus four times the flash size, i.e. 8MB. To a certain extent, one could even say it’s a Raspberry Pi Pico on steroids for the very same price tag. And it’s open-source.

So, what about the specs? Here they are. 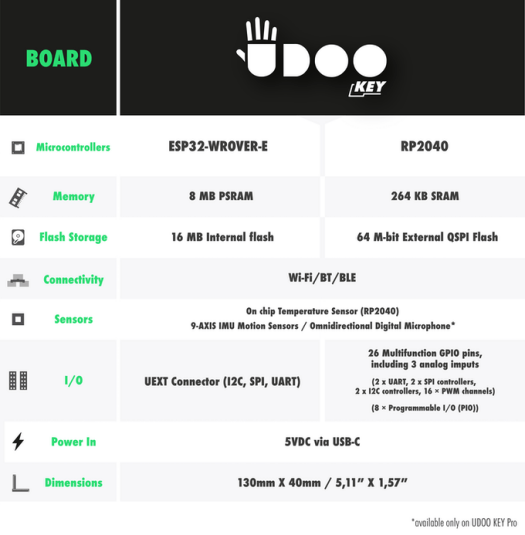 As you can see, UDOO KEY comes in two versions: the basic one, with everything I already told you about, and UDOO KEY PRO, mounting two extra powerful sensors, i.e. a 9-axis IMU and a digital microphone. Cherry on top, the board gives you full access to Clea, an AI as a service platform developed by SECO (the manufacturer) providing fleet management, data orchestration, IoT analytics, pre-trained AI models, telemetry, applications (called Clea AI Apps), and everything your team needs to launch their AI & IoT project in just a few weeks – not years.

UDOO KEY is live on Kickstarter, but you need to hurry: there are only three days left, after which the retail price will quintuple.

My suggestion? Get it now!