We’ve covered a number of LoRa solutions based on Raspberry Pi boards, and SB Components is now offering another with the LoRa HAT for Raspberry Pi equipped with an Ebyte E22 LoRa module operating in either the 433 MHz, or 868 and 915 MHz bands.

The company also offers a LoRa expansion for Pico based on the same E22 module, adding a small 1.14-inch LCD for information display, and designed for the Raspberry Pi Pico board with the RP2040 dual-core Cortex-M0+ microcontroller. 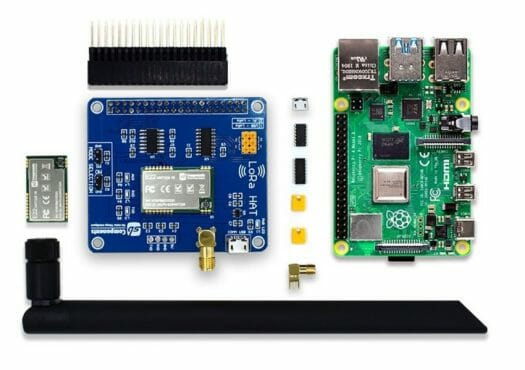 The board ships with long male headers that allow for an additional HAT on top of the LoRa HAT. SB Components initially only showed 433 Mhz and 868 MHz, but after telling them 915 MHz should be supported as well, they told me an update will be provided. I’m not sure a 915 MHz antenna will be offered though, so you may need to source your own if you plan to use that frequency. Another worry is there’s no software information at all. It may not be that bad since Ebyte E22 has been used with the Raspberry Pi in the past, so software is there to get started, just not directly from SB Components. 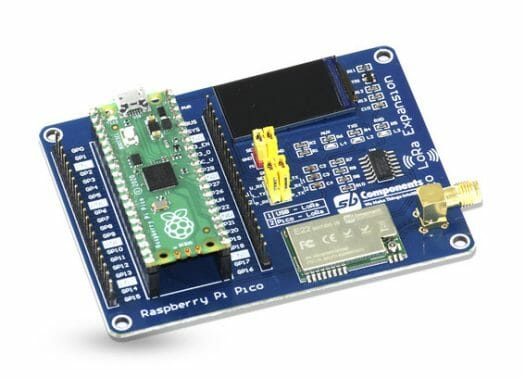 The LoRa Expansion for Pico used the exact same Ebyte E22 module, but adds a small display, and headers for the Raspberry Pi Pico board. An EByte LoRa E22 Arduino library is available, so it should not be too complicated to get started, even though again, it would have been nice to get some simple tutorials from SB Components.

Both LoRa Raspberry Pi expansion boards are now offered on Kickstarter with the LoRa HAT for Raspberry Pi going for about $40 with an antenna, and the LoRa Expansion for Pico for $47 including the Pico board. Shipping adds 5 GBP to the UK, about 8.23 Euros to European countries, and $20 to the rest of the world. Deliveries should start in February 2022.

Very interesting, especially with all the hype around Helium mining now. Those miners run at 915MHz and cost $400+… Lots of demand but everyone is out of stock. A DIY Helium miner with POC would be cool.