When we first wrote about Texas Instruments AM64x 7-core processor for PLCs, motor drives, industrial robots, we noted SolidRun, TQ Embedded, and PHYTEC were working on system-on-modules based on the processor with availability scheduled for Q4 2021 or Q1 2022. 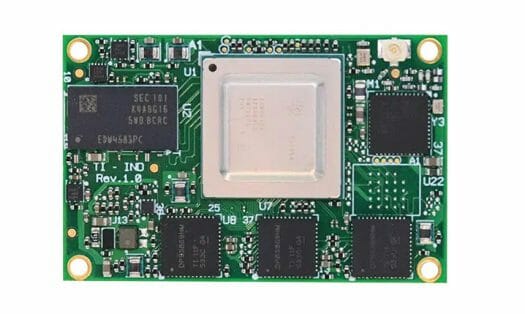 Both variants of the module share most of the same specifications:

The company offers a Linux SDK for the module and says the SOM targets industrial IoT and industrial machinery applications with support for functional safety. While the product page only lists the Sitara AM6422 processor, the press release reads “the AM64x SOM family features multiple ordering options for single to dual-core A53 and single to quad-core R5F options based on the TI AM6411, AM6412, AM6421, AM6441, and AM6442 processors”, so more options may become available in the future. 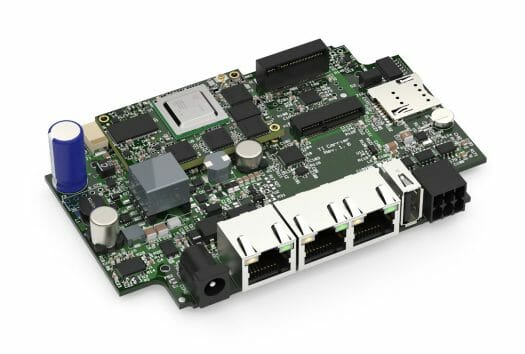 Since it’s not exactly convenient to work directly with a system-on-module, and waiting for the custom carrier board would delay software development, SolidRun also offers two HummingBoard-T AM64x carrier boards with the following key features: 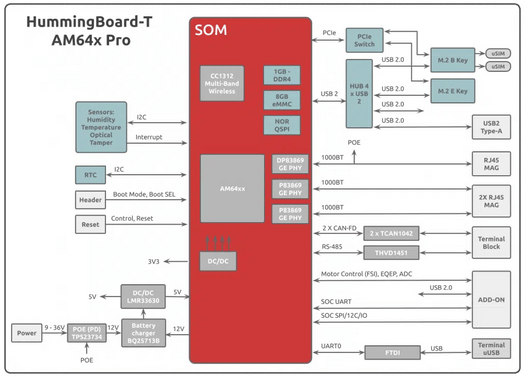 The block diagram for HummingBoar-T AM64x Pro carrier board reveals a few more details including the presence of a USB hub, two M.2 sockets including one for the optional Cat 4 LTE modem listed in the spaces, a USB 2.0 headers, and what appears to be an optional sensor module with humidity, temperature, and optical tamper sensors.

SolidRun says the TI AM64x S SOMs and Hummingboard carrier boards are available, but if we check the product page, the carrier boards are shown as “coming soon”, and there’s no availability nor pricing information for the systems-on-module. The Hummingboard-T boards have their own product page with some additional details such as the block diagrams.