Confidential Computing aims to improve data protection and privacy in public clouds without requiring any changes to existing application deployments, and Ubuntu 22.04 supports Azure Confidential VMs. Speaking about cloud computing, Canonical also says they optimized Ubuntu 22.04 LTS images for AWS Graviton for greater performance on Arm servers. The new real-time PREEMPT_RT kernel is currently in beta and available for both x86 and Aarch64 architectures. It is designed for telco (5G gateways) as well as other latency-sensitive applications such as industrial automation and robotics. 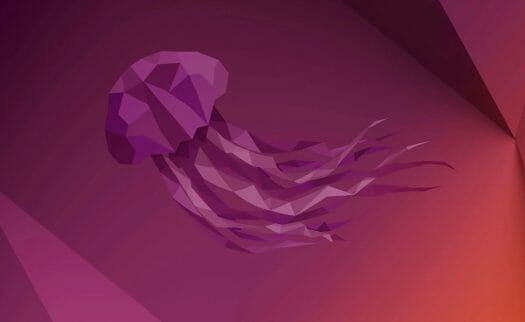 Ubuntu 22.04 LTS is also the first long-term support release with Ubuntu Desktop for Raspberry Pi 4, including models with just 2GB RAM thanks to zswap. Boards with less memory such as the Raspberry Pi Zero 2 W are also supported with an Ubuntu 22.04 Server image. Developers relying on Ubuntu WSL in Windows 10/11 can also upgrade immediately to the latest version of the operating system. Some workstations from Dell even ship with Ubuntu WSL pre-installed to ease the development of AI/ML/DL workflows. Ubuntu Multipass also gained Apple M1 support, so you can run Ubuntu 22.04 LTS virtual machines on Apple Arm hardware.

Ubuntu 22.04 LTS ships with the latest GNOME 42 desktop environment said to significantly improve usability, battery life through power profiles, and performance with the desktop rendering up to twice as fast on Intel and Raspberry Pi graphics drivers. Canonical also added default support for Rust for memory-safe systems-level programming, as well as OpenSSL v3 for enhanced security, and Linux 5.15 LTS was selected.

If you’d like to install or try Ubuntu 22.04 Desktop or Server, head over to the download page. But that’s only for 64-bit x86  (AMD64) targets, and if you’d like to run it on Raspberry Pi hardware, there’s a dedicated page for specific images. I was unable to find the beta Linux real-time kernel, but Canonical talks about their existing low-latency kernel and PREEMPT_RT in a blog post, and it should be based on Linux-rt 5.15. The OS will be supported for 5 years until 2027 as all other LTS releases.

More details may be found in the announcement.

If anyone needs to add or remove functionality like kernels, repositories, packages, files, boot parameters, run pre and post commands or include a 32-bit bootloader then there’s my ‘isorespinner.sh‘ which is a new and improved way to respin Ubuntu, Ubuntu flavours and Ubuntu-based distro ISOs.

It is even possible to repin the latest canary ISO which uses Canonical’s new flutter based Ubuntu desktop installer and get it running on a low-powered Intel Atom mini PC.

What I find interesting is the double standards, people accept this on a RPI ZW2 but a atom Z3735G tablet is considered to slow and ewaste! Yet it has double the memory.

What double standards? I remember seeing a lot of criticism of the RPi ZW2 for only having 512 MiB, and I think any new general-purpose board should have at least 2 GiB. That should be sufficient for “light desktop” usage and more than enough for for LibreELEC, emulators, etc. that could get by with 1 GiB.

As for the Z3735G tablet, maybe it is worth it to somebody for the tablet form factor and being x86 instead of ARM. You probably don’t want to run Windows 10 on it though.

BTW: thank you for both isorespin/isorespinner and the excellent Mini PC reviews!

I would believe the amount of comments under your reviews (more precisely the lack of) is caused by your profoundness leaving almost no open questions remaining. 🙂

For RPi users Canonical is also providing 32-bit/armhf LTS images which is very good news for those with just 1GB RAM or less (since a 64-bit userland is such a waste of RAM).

The ‘server image’ for RPi has no swap configured and https://github.com/ecdye/zram-config#install doesn’t work out of the box… checking/debugging now.

> For RPi users Canonical is also providing 32-bit/armhf LTS images which is very good news for those with just 1GB RAM or less (since a 64-bit userland is such a waste of RAM).

Indeed, especially on RPi indeed since it doesn’t have the crypto extensions and does not benefit at all from any aarch64 stuff! In addition, compact thumb2 code can often be significantly faster than the aarch64 one that’s 20-30% larger.

> on RPi indeed since it doesn’t have the crypto extensions

> and zram-config doesn’t work out of the box… checking/debugging now.

Will be addressed soon: https://github.com/ecdye/zram-config/pull/91

The beta real-time kernel is only available to Ubuntu Advantage (for Infrastructure) customers:
https://ubuntu.com//blog/real-time-ubuntu-released