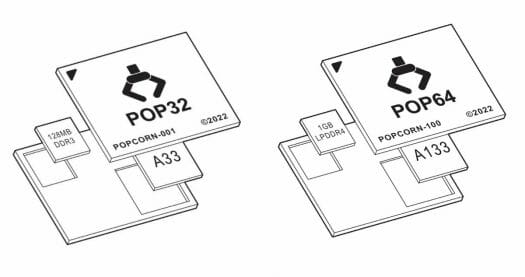 Kettlepop is a board based on Allwinner GR8 system-in-package (SiP) with an Allwinner R8/A13 Arm Cortex-A8 CPU and 256MB RAM, and itself a derivative of the CHIP Pro board from Next Thing Co that closed doors a few years ago. Source Parts has just posted an update explaining that the GR8 SiP is not available anymore, so they worked on their own SiPs: POP32 and POP64. 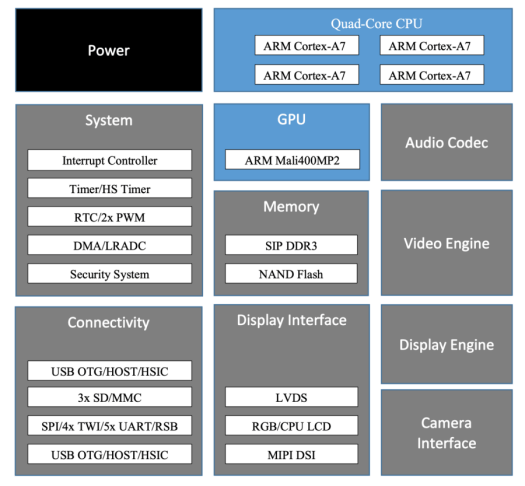 You’ll find more details in the datasheet. The ancient Allwinner A33 processor was initially designed for Android tablets, but in this case, POP32 would be used with Linux only in the Kettlepop board and maybe others. 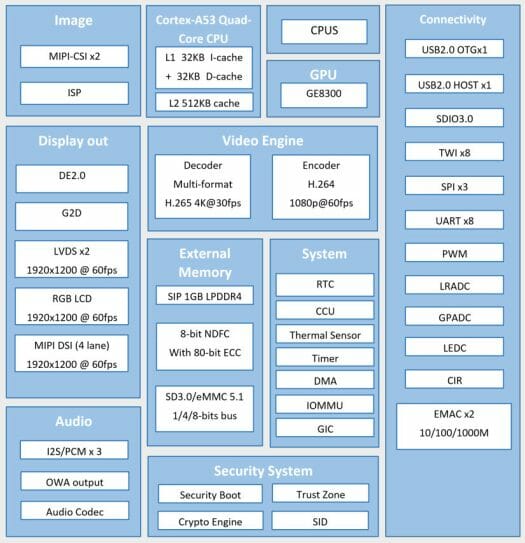 Allwinner A133 is also a tablet processor, but being launched more recently, it supports Android 10. I’m not so sure about Linux support. It’s listed on linux-sunxi website as a sun50i variant just like the Allwinner A64 that is well supported in Linux, but it does not have a page on its own. Again Source Parts has released a PDF datasheet for the system-in-package.

Those package-in-systems will be found in modules provided by Source Parts including Micropop based on the POP32 SiP together with a NAND flash, a wireless module, and a secure element as shown in the video below (renders and PCB layout only).

The company only expects to have inventory 3 to 6 months from now due to the challenging environment in China resulting in long lead times at this time. Eventually, both the SIP and modules will be sold to interested third parties.

I like the idea but wish there were “for humans” versions in QFN. Having the DDR on board means less when you have to breakout and solder a BGA either way.

If you are looking for a “human version” you could look at the T113-S3 from Allwinner, that includes 128MB of DDR3 in QFP128 format.

I’ve already got two samples of it to try, but there are no reference schematics available yet to help in the design. It seems to be similar to S3, I’ve got to check the datasheets.

QFP is awful to work with at those pin counts.

Looks like the POP32 is just a remarked Allwinner/Sochip X3, which is also branded as a Artinchip H500s.

The PDF datasheet’s title shows H500s when I open it, but I was unable to find any reference to it. Good to get an explanation.

Yep with about zero support for the GPU. The Mail400MP2 might be old and performance limited but there is good support in both open source and blob in mainline.