The new system-on-module (SoM) has not been officially announced but was discovered by Twitter user “Pi 0 in your Pocket” inside an electric vehicle (EV) charger by Wallbox. 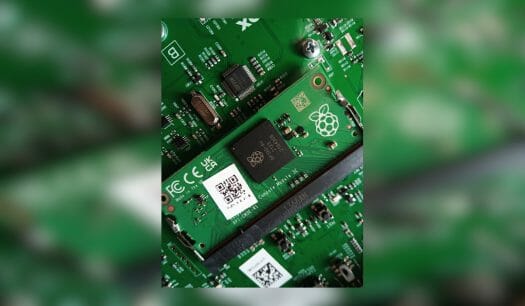 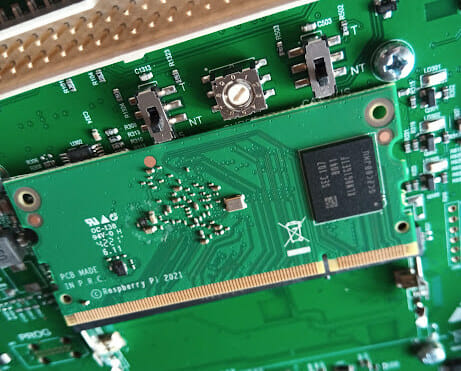 We could not find any details about the Raspberry Pi Computer Module 3E on the net, even after looking for its codename (RPI-CM3E-R1), so all information we have is from the two photos above showing the system-in-package and an 8GB Samsung eMMC flash. We’ve used Raspberry Pi CM3 specifications as the base since it’s highly likely they’ve reused the same pinout on the SO-DIMM connector for backward compatibility. The main difference is the lower RAM capacity (512MB vs 1GB).

At first, it may seem odd for Raspberry Pi Trading to launch Raspberry Pi CM4S and CM3E modules in stealth mode, but it makes sense considering the supply shortage for hobbyists, and all they’d get with announcements are complaints from the community struggling to purchase their boards for their project.

”  all they’d get with announcements are complaints from the community struggling to purchase their boards for their project. ”

It’s been like this since day one. It still surprises me why anyone would even bother to put a RPI in a product.

As Florian Pilz have said it time and time again; “an understandable business decision”.

Phffft…
Who cares, can’t get one anyway.

Imagine that, a company that prioritizes industry over the DIY community that made them.
Been trying since March to get a pi zero w2 for a project. Ended up just grabbing an “available everywhere” rockchip knockoff to get my project done.
Have pretty much removed PI’s from all of my current and future projects since it can’t be replaced if it does.
Whatever, DIY community will go on with or without them