In Ubuntu Core, everything is a snap, including the kernel, OS, and applications both to improve security to sandbox each package and to enable updates of specific packages from the  IoT App Store over-the-air (OTA). If something goes wrong during the update, the system will automatically roll back to the previous version, so the device cannot be bricked. The Snap system also minimizes network traffic through delta updates. 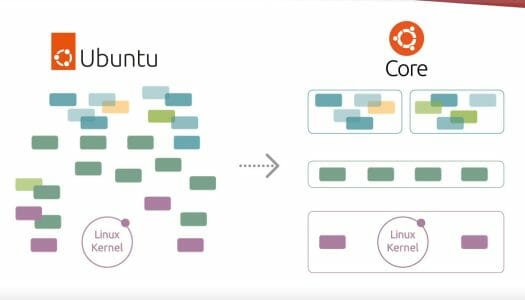 Ubuntu Core 22 also provides advanced security features with secure boot, full disk encryption, secure recovery, as well as confinement of the OS and applications as discussed above. Customers also benefit from Canonical’s 10 years (until 2032) of security maintenance of kernel, OS, and application-level code, which can be important for deployments in enterprise and public sectors.

Some features of Ubuntu Core 22 highlighted by Canonical include:

More details may be found in the announcement, a blog post, and the product page.