Geniatech has added a new member to its XPI SBC family with the business card-sized XPI-3566 board powered by a Rockchip RK3566 quad-core Cortex-A55 processor, and mostly following the Raspberry Pi 3 form factor like its predecessors.

The single board computer comes with 1GB to 8GB RAM, up to 64GB eMMC flash, HDMI 2.0 video output, Gigabit Ethernet, dual-band WiFi, a few USB ports, and the 40-pin GPIO header. It is said to target retail, “interactive communication”, and education applications. 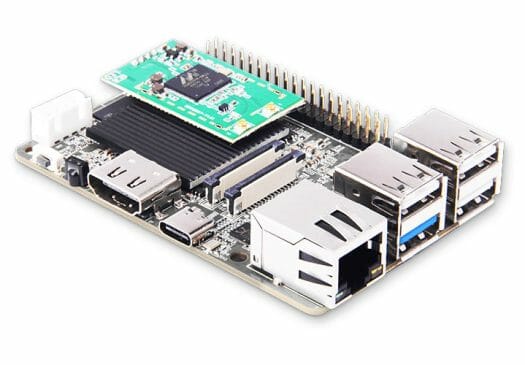 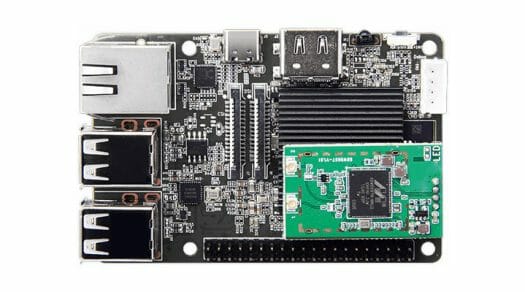 Geniatech does not target the hobbyist market with its XPI family, but instead, the XPI series are designed for companies developing commercial-grade products in collaboration with the Shenzhen company. There’s no pricing and availability for the board just yet, but it may eventually show up on Geniatech shop together with their other Arm boards. Further details may be found on the product page.

Still don’t understand why they put the add on board over the heatsink. If I recall right they have done so before.

Out of spite and hatred towards whole mankind. I cannot find any other explanation.