Geniatech is well known in the media player industry for their Amlogic based TV boxes, but in recent years, they’ve also launched some development board from other silicon vendors such as Qualcomm with Developer Board IV and Developer Board 8 powered by respectively Snapdragon 410E and 820E.

The company has now launched the XPI family of single board computers that will allow closely follow Raspberry Pi 3 form factor while offering better performance and features. Geniatech will start with XPI-S905X board powered by an Amlogic S905X quad core Cortex A53 processor @ 1.5 GHz with 4K HDR video playback and output capability. 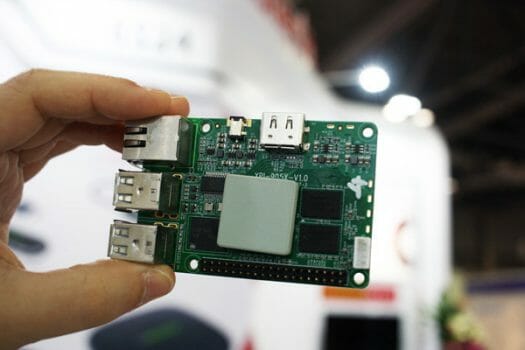 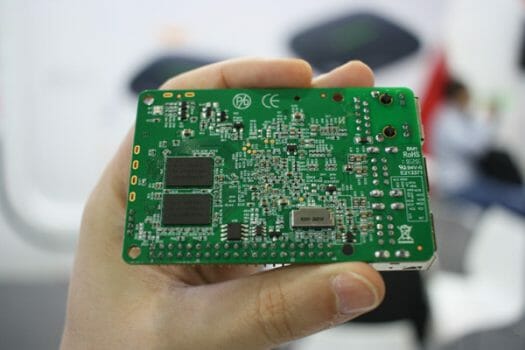 The board can run Android 5.1 or Android 7, as well as Linux distributions such as Debian or Ubuntu. Based on the official product page, there’s also an optional M.2 NGFF socket somewhere, and support for dual-channel LVDS displays plus a 10-point capacitive touch interface, but I don’t see how those are feasible based on the photos above taken by NoteBook Italia at the Global Sources 2018 Trade Fair in Hong Kong.

At the end of the video, Geniatechs CEO’s explains they plan on offering more XPI boards based on other Amlogic processors, as well as Rockchip and Realtek SoCs.

Pricing and availability are unknown, and while the company has been launching single board computers for several years, I’ve never seen any for sale for the retail market. So I’m assuming the board are designed for their customers who may want to start evaluation, prototyping and software development on such boards, because moving to custom hardware optimized for the final products. We’ll see if things will change for Geniatech XPI family.

Having said that if you’d like an Amlogic S905X board following Raspberry Pi form factor, you can already easily get Libre Computer AML-S905X-CC “Le Potato” board on Amazon for $35 or $45 (2GB RAM).

Same old Amlogic, different day. The S905X rarely even goes to 1.5 GHz, unless they have gotten their own firmware blob from Amlogic (only Hardkernel has managed this), then the dvfs on these boards is a fairy tale, the kernel asks nicely and the blob does whatever it wants.

It’s hilarious that Shenzhen shops think they can just copy something poorly and be successful. Why bother building it in Raspberry Pi like form factor if not to be compatible with their cases? There are so much better layouts. Even ASUS got it sort of right.

This is hilarious 😀 I am pretty sure they will provide proper support for this board to their customers as well as full source code to everything they are doing for it. Yeah right…