Last year, we wrote about the Made-in-Russia Mikron MIK32 RISC-V microcontroller with features similar to STM32L0 Arm Cortex-M0+, and I was recently told that the first fully packed samples are expected for the end of autumn.

But it turns out there’s another Russian company that makes RISC-V microcontrollers, and for instance, the Milandr MDR32F02FI features the open-source BM-310 RISC-V MCU core and is specially designed for electricity meters. It is the second generation of the microcontroller with the first being based on Arm Cortex-M0 core and produced for over 5 years. 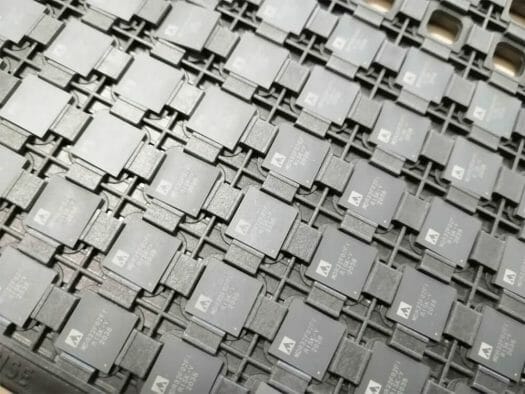 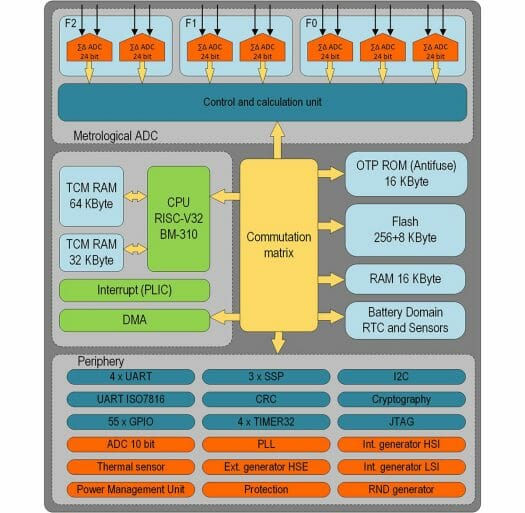 Besides Milandr selecting a RISC-V core, it’s interesting to see the list of features preventing tampering with the electricity meter. Software development can be done with an Eclipse-based environment with a GCC compiler and debugging via OpenOCD and/or GDB through a J-Link debugger, or one of Milandr debuggers. Alternatively, it’s also possible to use IAR Embedded Workbench environment together with an I-jet Lite debug probe.

There are more details in a post detailing the microcontroller’s features on the Milandr website that appears to have been posted at the end of 2020, and the chip was named K1986BK025 instead of MDR32F02FI at that time. The company has also released a datasheet for the chip, which you’ll find on the product page.

As a side note, while I posted links to the English website, there are a few more microcontrollers on the Russian website, notably the К1986ВЕ92QI (aka MRD32F92QI) Arm Cortex-M3 MCU that should be compatible with STMicro STM32F103x.