NVIDIA Jetson AGX Orin 32GB production module is now in mass production and available after the 12-core Cortex-A78E system-on-module was first announced in November 2021, and the Jetson AGX Orin developer kit was launched last March for close to $2,000.

Capable of up to 200 TOPS of AI inference performance, or up to 6 times faster than the Jetson AGX, the NVIDIA Jetson AGX Orin 32GB can be used for AI, IoT, embedded, and robotics deployments, and NVIDIA says nearly three dozen partners are offering commercially available products based on the new module. 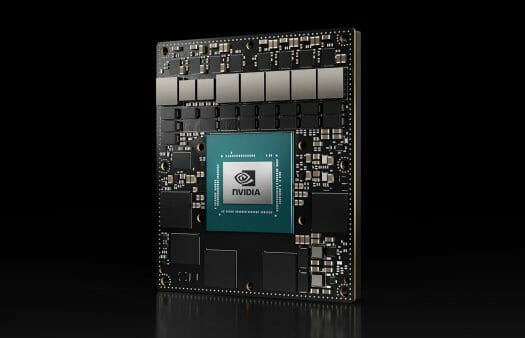 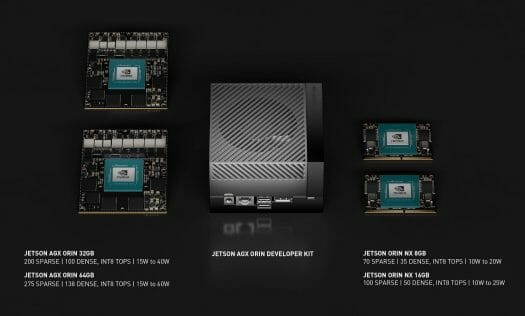 The Jetson AGX Orin 64GB delivering 275 TOPS and found in the developer kit is not available yet, but the production module is scheduled for November, and the lower costs Jetson Orin NX modules with 8GB or 16GB RAM will start selling “later this year”.

On the software side, the Jetson AGX Orin modules are supported by the usual NVIDIA Jetson software stack, which includes the NVIDIA CUDA-X accelerated stack, as well as Isaac for robotics, DeepStream for computer vision, Riva for natural language understanding, TAO Toolkit to accelerate model development with pre-trained models, and the Metropolis suite that combines “an application framework, a set of developer tools and partner ecosystem that brings visual data and AI together to improve operational efficiency and safety across industries”.

The new NVIDIA Jetson AGX Orin 32GB production module is available now for $899 on Amazon, Arrow, and possibly other distributors. More details may be found on the product page.