It’s not often we come across an Intel Xeon SBC, but that’s just what AAEON EPIC-TGH7 single board computer offers thanks to a choice of Intel Tiger Lake H processors up to the Xeon W-11865MRE octa-core/16-thread processor.

So far, we had only written about Tiger Lake H-based COM Express and COM HPC modules from companies such as ADLink, Congatec, and Portwell, and the EPIC-TGH7 is the first proper SBC we’ve seen with the industrial processors. It supports up to 64GB RAM through two SO-DIMM sockets, SATA and NVME storage, offers 2.5GbE and Gigabit Ethernet ports, five video interfaces, eight USB 3.2/2.0 interfaces, and more. 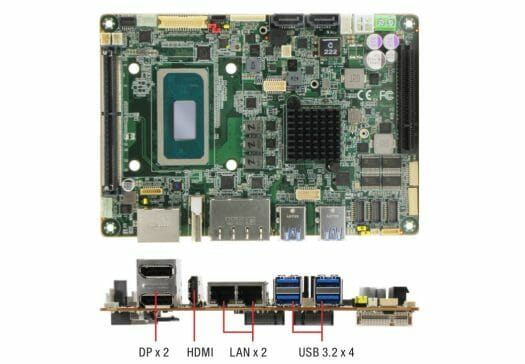 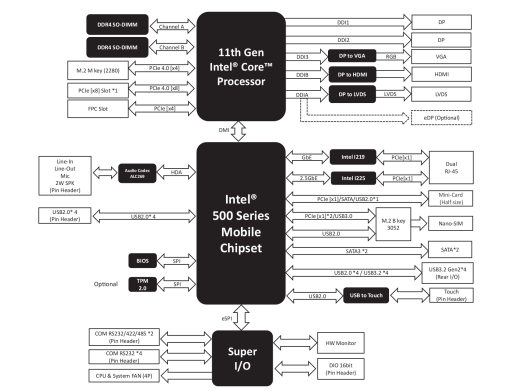 AAEON does not provide information about supported operating systems but offers Windows 10 64-bit drivers for the board, so Windows 11 might also run on the board, and support for Linux may vary depending on drivers’ support.

The company says the EPIC-TGH7 SBC’s I/O density and high-speed expansion make it particularly applicable to healthcare imaging and military defense applications, but also expects some customers to integrate the solution in advanced digital signage platforms with up to four simultaneous displays, as well as other applications that could leverage the advanced graphics capabilities provided by the Tiger Lake H processors.

While the Intel Xeon W-11865MRE SBC is not available on the AAEON e-shop, the Intel Core i3-11100HE and Core i7-11850HE variants are listed for $812 and $1,167 respectively. But note that only the former is in stock at the time of writing. More detail may be found on the product page.