The pogo pin method means the Red Reactor is attached underneath the board, as such does not prevent the user to add a HAT expansion board on top of the single board computer. There’s also a headerless version for custom setup or compatibility with boards such as Arduino, Banana Pi, Orange Pi, etc… where some soldering is required. 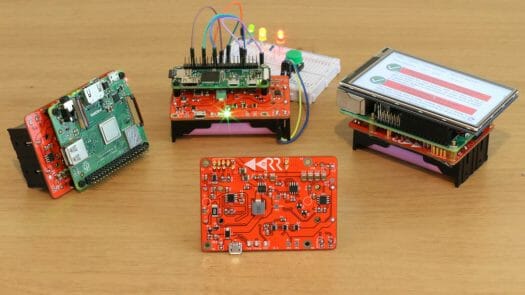 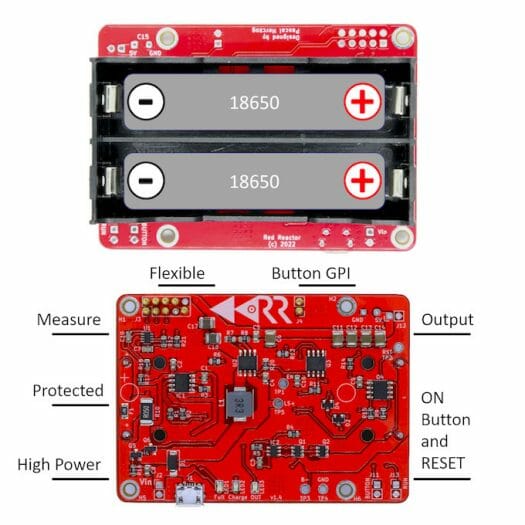 Pascal provides Python3 samples for battery monitoring either in the command line or through a web interface, and there’s also an LXDE GUI battery widget that will show up battery information, such as battery level, in the taskbar.

The Red Reactor board has launched on Kickstarter with a ~$10,000 funding target. Rewards start at $37 for the headerless version, and a $40 pledge is asked for the version with pogo pins. Shipping adds 4 GBP to the UK, about $11.40 to most European countries, and around $13.70 to the rest of the world. Backers should expect their perks to ship in January 2023 if everything goes according to plans. You’ll also need your own Raspberry Pi board and 18650 batteries for your project.

The PiSugar uses a Lithium Ion battery instead of the 18650 cells, but otherwise has similar features. PiSugar is now in its 3rd generation and as worked well for my usage.

18650 is the dimensions and form of the li-ion cell, li-ion is the chemistry; both this thing and the PiSugar use li-ion, but PiSugar uses a pouch-cell.

“The Red Reactor board has launched on Kickstarter with a ~$10,000 funding target. Rewards start at $37 for the headerless version, and a $40 pledge is asked for the version with pogo pins. Shipping adds 4 GBP to the UK, about $11.40 to most European countries, and around $13.70 to the rest of the world.” This looks like a copy of the “52Pi UPS V5 With RTC Battery Protection Management Module”. The 52Pi UPS boards have been around for awhile in ever evolving versions, it uses pogo pins too. The 52Pi is USD $29.09 each plus $1.35 shipping from China… Read more »